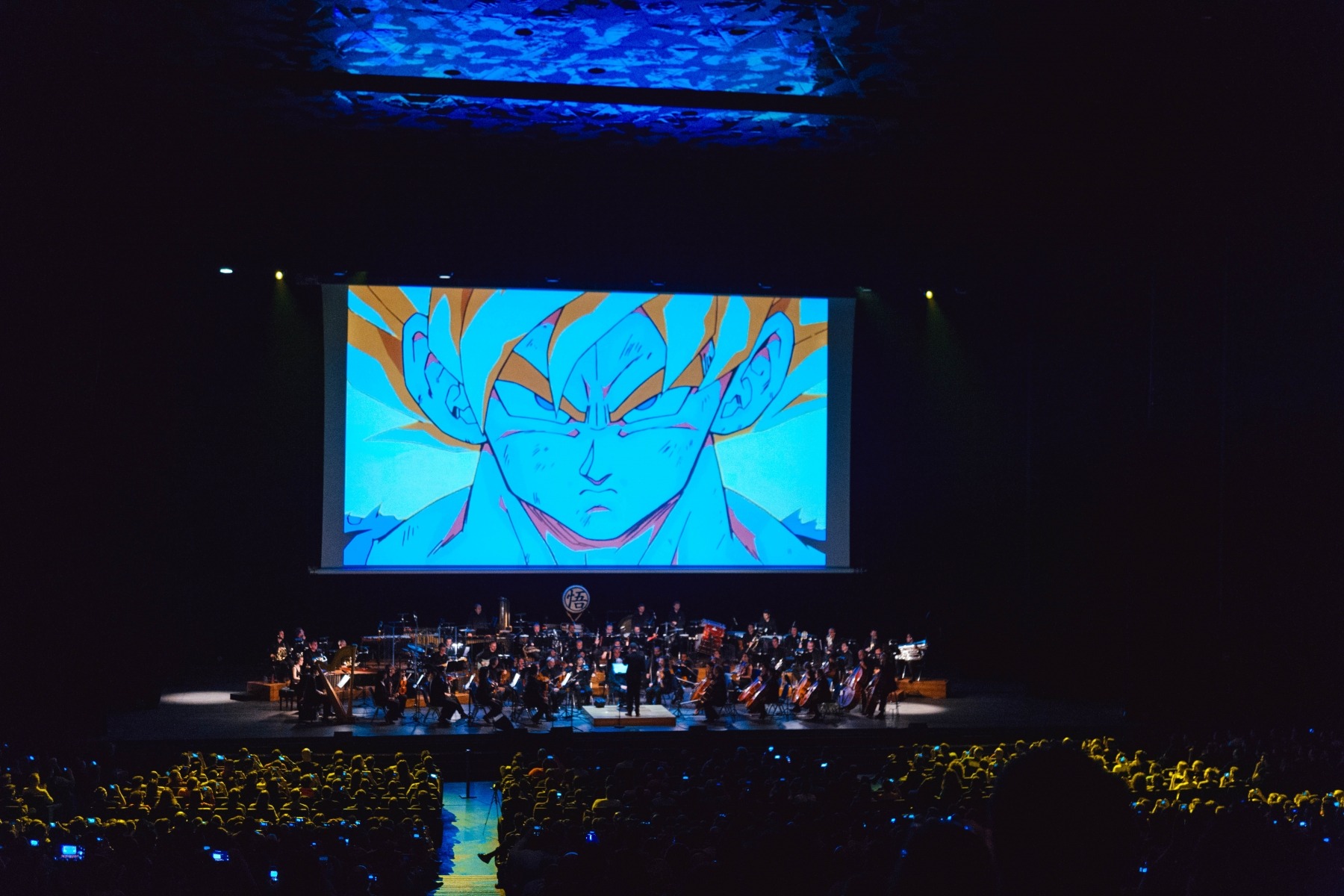 The “Dragon Ball Symphonic Adventure” will make its American debut on May 21 in Los Angeles, where it will have a 60-piece orchestra and live vocals bringing Dragon Ball music to life, all while scenes from the anime play on the big screen behind the stage. The creator and producer of the concert, Romain Dasnoy, talked to Otaku USA about growing up with anime in France, the work that went into these concerts, the composers he knows, and how much his work revolves around anime.

Japanese animation has been present in France for a long time. The first movies were distributed in the 60s (The White Snake Enchantress, Cyborg 009), and the first television series were broadcast in the 70s, such as Kimba the White Lion and most especially UFO Robot Grendizer, which was a huge blast, and Candy Candy in 1978. I grew up with these anime, but the real revelations for me, born in 1982, were Dragon Ball, Saint Seiya, Captain Tsubasa, Captain Harlock and many others, massively broadcasted in the 80s. Each kid in France, Italy or Spain watched Japanese anime at that time. It is basically our main pop culture experience, even if we also have a strong French comics culture and a few American television shows. We even had few Japanese-French anime productions such as Ulysses 31 or Jayce and the Wheeled Warriors. As a young adult, I entered into the university to study cinema and the Japanese language. So, I cannot say that I was interested in some point, I always knew anime and Japan, it’s part of my culture.

What steps did it take for you to make Dragon Ball Symphonic Adventure and your other anime concerts happen?

In the late 90s, Japanese culture conventions started to appear in France. At the beginning, they were small events, with karaoke, cosplay, and video game booths, along with a comics, VHS, CD and goodies market. This period accompanied the rise of Japanese culture from a commercial point of view, with the creation of a lot of publishers specializing in anime and manga. France was the second most manga-consuming country in the world after Japan for decades, and was doubled by the United States just few years ago. I started to work at these conventions, which were non-profit organizations at the beginning, and then it became my real paid work. I joined Japan Expo, which is still one of the biggest Japanese culture events in the world, created in 1999. As event and guest manager, I built a lot of different kinds of programs inside the convention, for the fans and with the support of all the publishers from Japan. I brought a Japanese video game and anime composer for the first time officially in concert, Noriyuki Iwadare, who is now a good friend. At some point, I created my label Wayô Records to do albums with all the composers I met, and Overlook Events to do concerts in real concert halls. I had some contacts with singers and composers from Nippon Columbia, and we worked with all the rights-holders to create a Dragon Ball & Dragon Ball Z concert in 2017. A few years ago, old producers didn’t believe in the success of video game music outside Japan, and then Final Fantasy, Video Games Live and Zelda came. It was the same for anime concerts. Even in 2017, we were the first to believe in the Ghibli official concert, and we did the world premiere in Paris. Now, everybody wants it!

How did you get Hiroki Takahashi involved?

A lot of songs were written especially for the series, the openings and endings, but also the insert songs and the image songs which are only available on albums in Japan. For me, we couldn’t create a concert with the great music of Shunsuke Kikuchi without the feeling and emotion from the original songs. I bring a lot of Japanese singers and bands to Japan Expo, such as X Japan or AKB48, to name the best-known. So, I contacted the manager of Hiroki Takahashi and explained the concept of Dragon Ball Symphonic Adventure, which is not exactly a concert, but a live-to-picture “cineconcert” entirely synchronized. I am personally a huge fan of the first series, Dragon Ball, and I really wanted to have the songs “Makafushigi Adventure,” “Dragon Ball Densetsu” and “Mezase Tenkaichi” in their original tone. And the most impressive is Takahashi-san himself. He isn’t so famous outside his work on Dragon Ball, but he is a complete artist. He has adapted to the orchestra very quickly, has a great voice and he is a really good guitarist. I cannot imagine a Dragon Ball concert without him.

Please tell us about Wayô Records and your work there.

It’s all about video game music, although we do anime music too. In the 2000s, we were fans of music from video games such as Final Fantasy, Chrono Cross, Zelda, Dragon Quest, Metal Gear Solid… but no music label existed, and it was still very expensive to get CDs from Japan. With my work on Japanese culture events, I got in contact with a lot of composers such as Noriyuki Iwadare, Akira Yamaoka, Hitoshi Sakimoto, Michiru Ôshima, Yôko Shimomura and Nobuo Uematsu, and we created Wayô in order to become the first video game and anime label in Europe. So basically, we publish OSTs from games and anime, such as Skies of Arcadia, Metal Slug, Ni no Kuni, Ys, Grandia, Megalobox, etc., and we produce and arrange albums, such as the recent Chrono Cross Wayô Piano Collection with the composer Yasunori Mitsuda, also an important anime composer. Like the concerts, it’s meant to imagine the content of the project and to work with the artists, composers, arrangers and performers, to create the best products for the fans. It’s of course a lot of work from a technical and commercial point of view. A few years ago, we produced our luxurious music box collection, with official licenses from Japan. We created the replica of the Tapion music box, which appears in the movie Dragon Ball Z: Wrath of the Dragon. 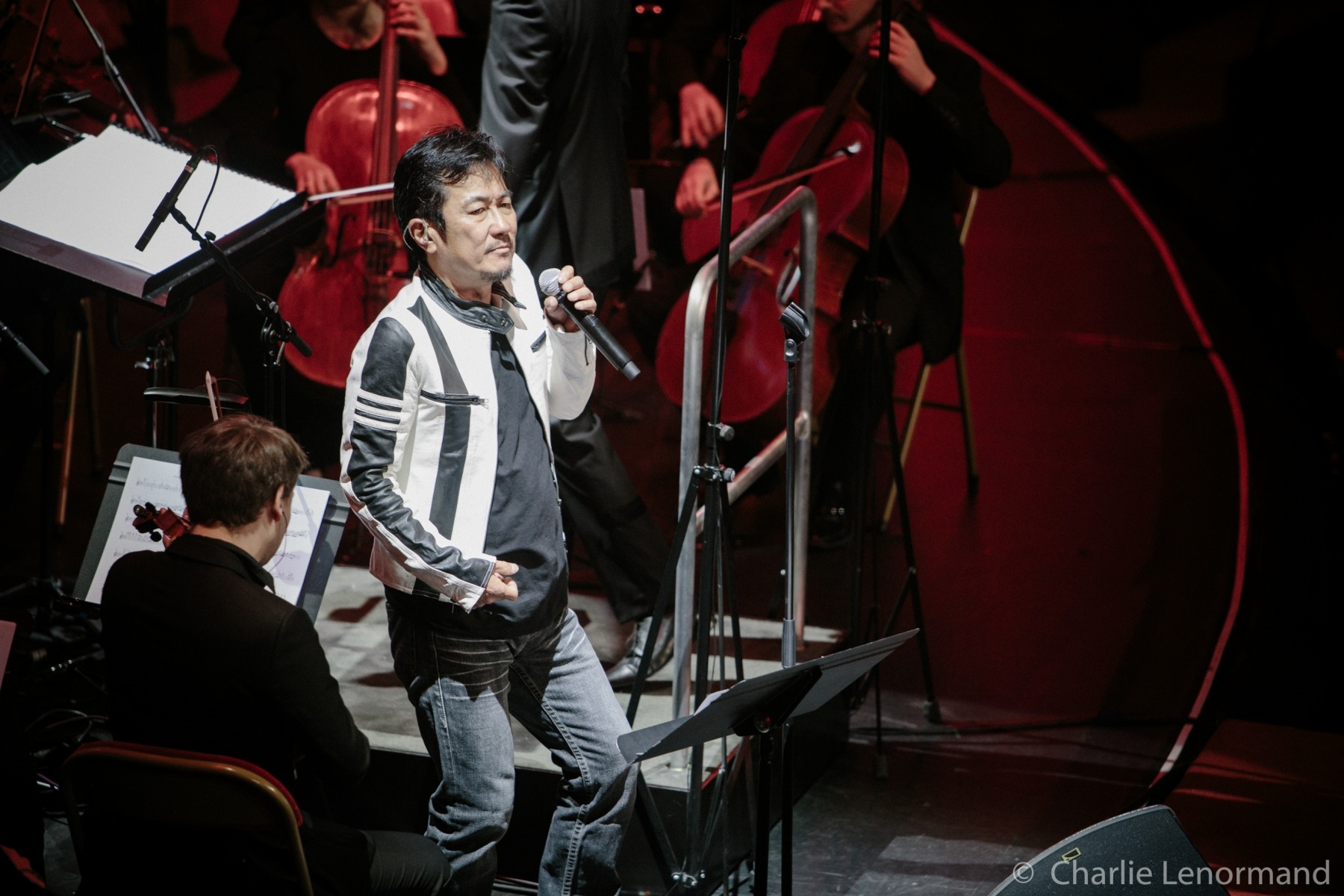 You’re also an author! What have you written about anime?

Because it’s not only a job but really a part of my culture, I also worked as journalist in this industry (for example in cinema and anime magazines), and I ended up writing books, which are better to develop everything we have to say. I do books about cinema, music and video games, but also, indeed, about animation, not only from Japan. I wrote a book about Disney (I also produced official Disney and Pixar concerts), a book about Ghibli, and I am going to write a book about the Ghibli music and Joe Hisaishi, with whom I also worked. Recently, I was one of the “encyclopedists” of the first French anime encyclopedia published by the veteran magazine AnimeLand (since 1991).

When will we know the other US cities on the Dragon Ball Symphonic Adventure tour?

Most probably in the next weeks and months. COVID-19 was a huge problem for us in the event industry. But everything seems to be back to normal, and we are glad to present our shows such as Dragon Ball, Saint Seiya and Assassin’s Creed Symphonic Adventure everywhere. Many others will be announced soon with Overlook Events, so stay tuned!