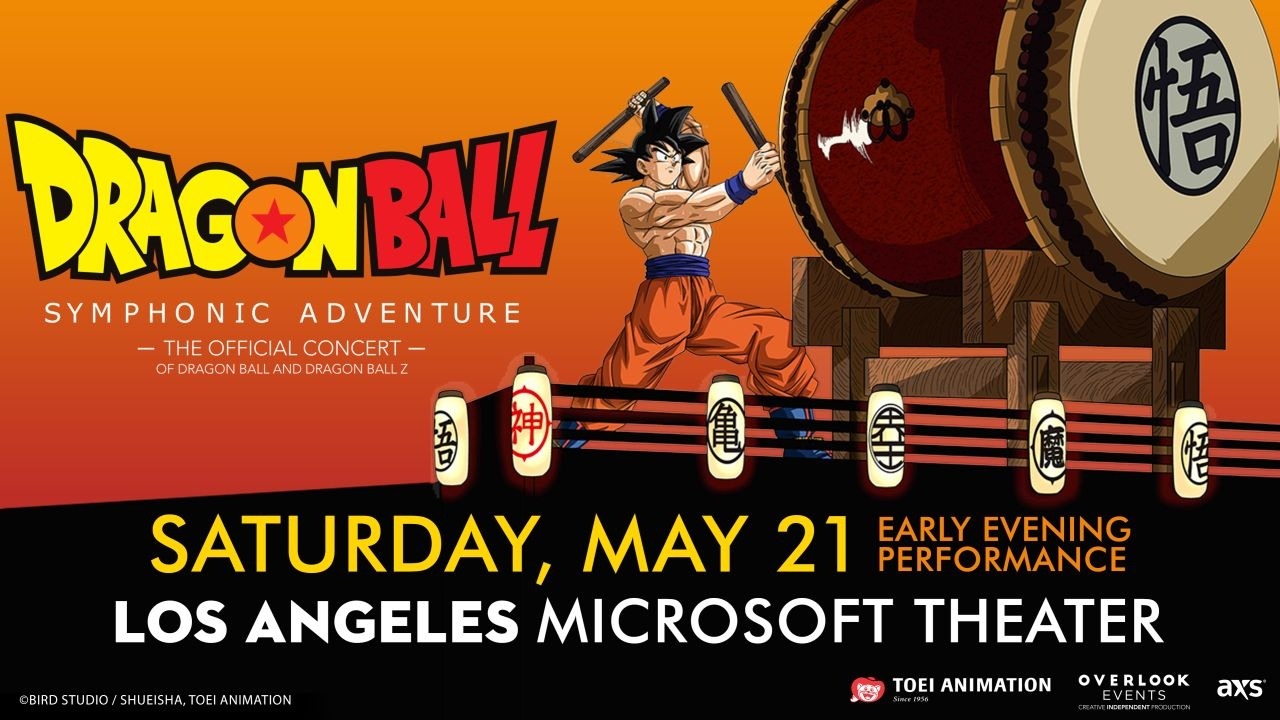 The “Dragon Ball Symphonic Adventure” is coming to America, and its first stop is the Microsoft Theater in Los Angeles on May 21. Tickets are on sale now. An official press release says the event “combines scenes and sounds of Dragon Ball together with live vocals, a 60-piece orchestra and the music of legendary Japanese composer Shunsuke Kikuchi to create a truly immersive multimedia event for anime fans.”

The very first “Dragon Ball Symphonic Adventure” took place in Paris in 2018. While it will be stopping at more cities in America, those cities and dates have yet to be announced. Credit for both creating and producing the symphony goes to Overlook Events.

There is also a Hiroki Takahashi Meet and Greet being offered. Overlook Events noted, “It is our honor to greet Hiroki Takahashi to this concert tour, the singer from the DRAGON BALL series and the original interpreter of cult songs Makafushigi Adventure!, Mezase Tenkaichi and Dragon Ball Densetsu! During the show he also performs on stage the songs from DRAGON BALL Z: Cha-La Head-Cha-La, We Gotta Power and Unmei no Hi ~Tamashii VS Tamashii~!”

“As great enthusiasts of Akira Toriyama’s saga, we spent long months carefully selecting and analyzing each scene to draw out the essence of the Dragon Ball story,” explained the founder of Overlook Events, Cedric Littardi. “Each scene was thoughtfully set to new orchestrations of the classic music to align with our ‘Narrative Symphonic Experience’ concept.”