Nintendo announced some heavy hitters in their 2022 lineup, including The Legend of Zelda: Breath of the Wild 2. No, we don’t have a date just yet, but many are speculating towards the latter half of 2022. Of course, you should take that with a grain of salt. As we’ve been waiting since 2017 when the sequel was first announced. Since then, Nintendo has dropped two trailers that look pretty promising.

With all this talk and speculation, it is difficult to not feel a little impatient. Since we don’t know when the sequel will release, we’ve curated a list of Legend of Zelda-likes that will satisfy your hunger while we wait for BOTW 2.

A Breath of the Wild Alternate Timeline: Hyrule Warriors: Age of Calamity 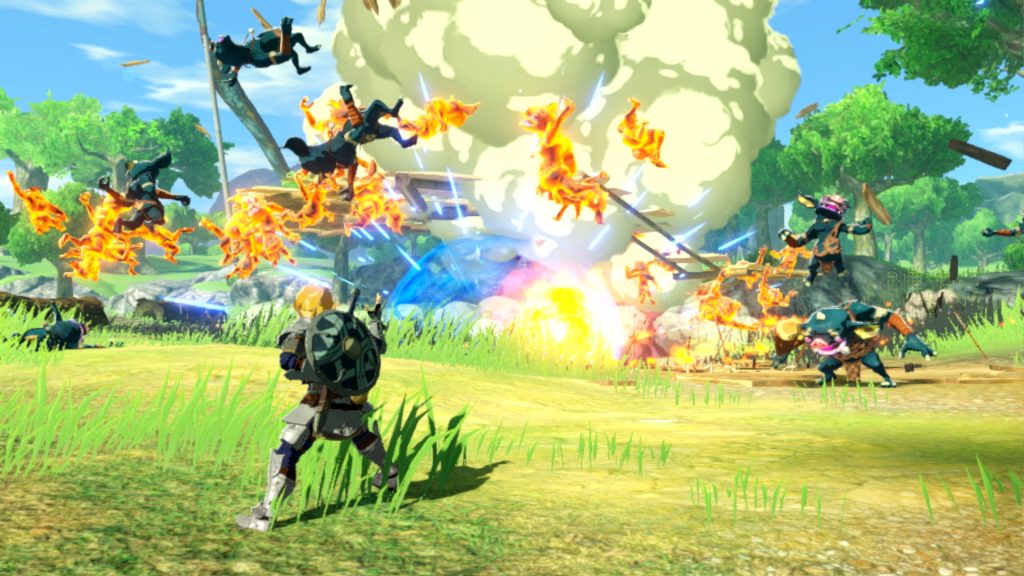 Breath of the Wild takes place 100 years after the Great Calamity, but we only get a glimpse of the conflict through Links memories, which isn’t a whole lot. When Hyrule Warriors: Age of Calamity was announced with the promise of showcasing the events of the Great Calamity, Zelda fans jumped at the game.

Age of Calamity gives players a chance to fight as Link, Zelda, the four champions, and more, in the war against Calamity Ganon, and being a collaboration of Nintendo and Omega Force — the studio behind Warriors titles — you’ll get to experience the battles as they happen. Aside from the face-paced hack-and-slash battles, it’s worth playing Age of Calamity for the rich story that is missing from Link’s memories in BOTW. 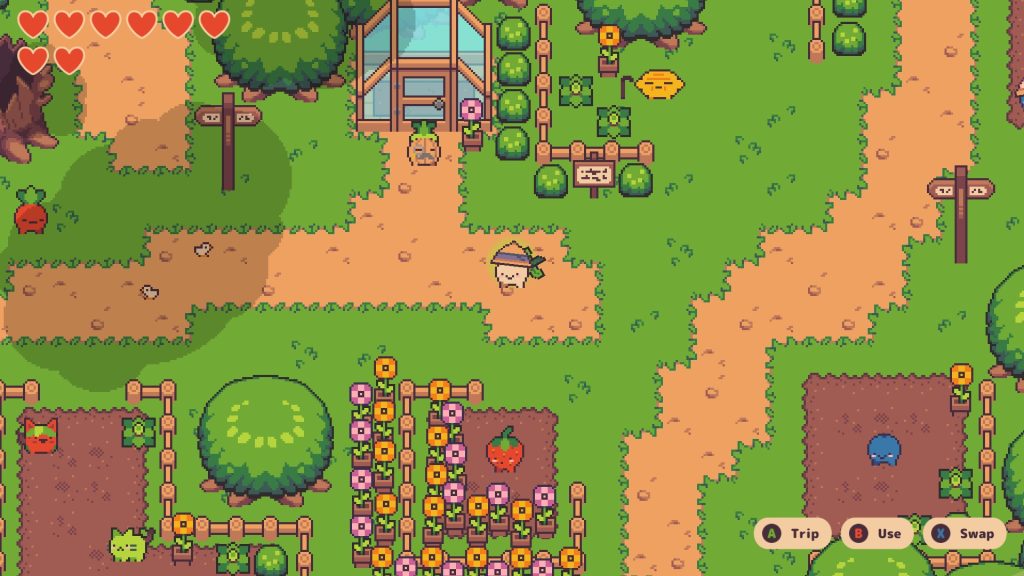 If you loved early 2D Zelda titles like A Link to the Past or Link’s Awakening, you’ll enjoy Turnip Boy Commits Tax Evasion. It’s a short top-down Zelda-like game that is jam-packed with LoZ references and gut-busting memes.

Play as Turnip Boy, a tax-evading turnip who goes on a journey to repay the mayor for his crime. You have everything you love from Zelda games: quests, dungeons, and heart-racing boss fights. Turnip Boy is a refreshing take on the genre and is a great play if you’re looking for a quick game to satisfy your BOTW 2 craving. Beatable in 2-3 hours it’s just long enough to get you hooked. And of course memes, so many memes!

A Great Quest For a Young Hero: Garden Story 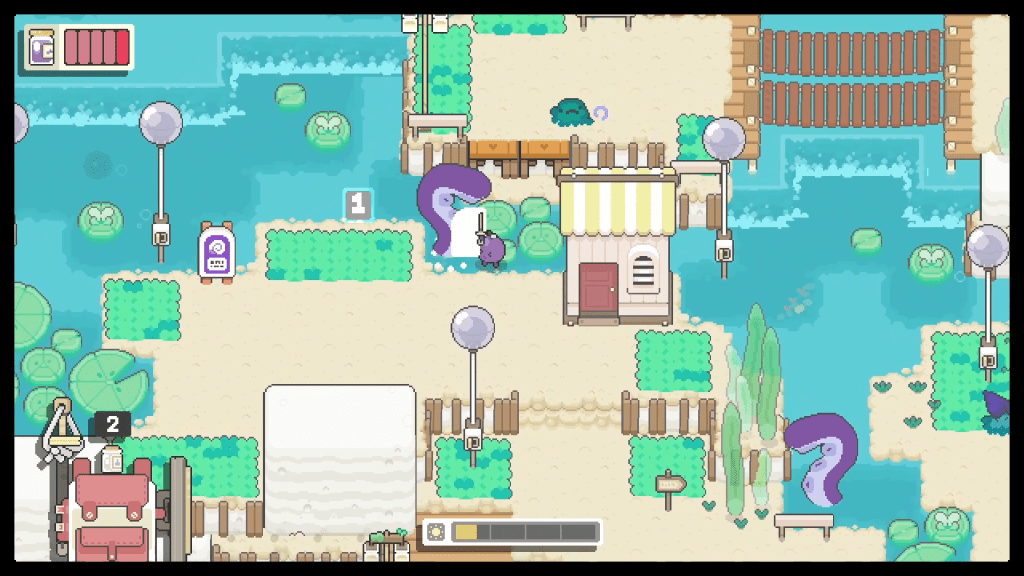 Thought one top-down game about produce wasn’t enough? Then, Garden Story, has you covered. This time the hero comes from the grapevine. As the next guardian of the Grove, it’s your job to protect the garden patch and its inhabitants from a looming evil known as the Rot.

Fighting your way through the overworld and dungeons, Garden Story does a great job of emulating a 2D Zelda game and providing many hours of gameplay. Similar to the first BOTW, you’ll need to complete fetch quests, craft items, and fight to become the hero of legend. 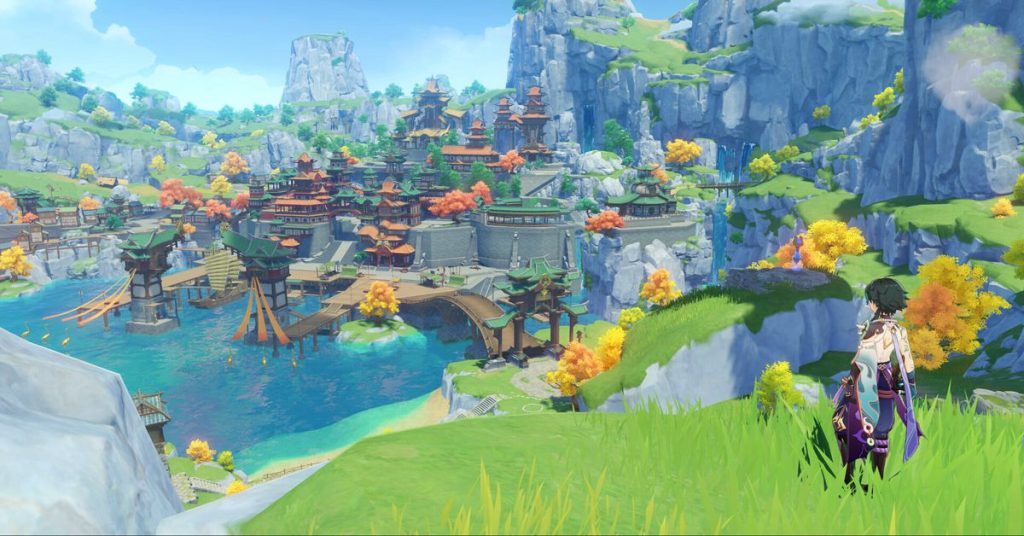 Breath of the Wild has basically made its own modern genre and game studios are coming out with their own that look and feel like BOTW in some ways. Genshin Impact has been named a Breath of Wild-like since its release. And I can’t blame people for doing so. You don’t need to look farther than its art style and expansive open-world map to see the similarities.

Of course, that’s not the only reason why it’s on this list. Genshin Impact has some of the best world-building and so much to do (an overwhelming amount TBH). Unlike BOTW, Genshin Impact has a huge roster of characters to play as. For success in battle, you must consider each character’s abilities, synergies, and weapon’s capabilities. As long as you’re okay with its gacha elements, you have an endless amount of gameplay, with more updates and events on the way.

Breath of the Wild but with Pokémon: Pokémon Legends: Arceus 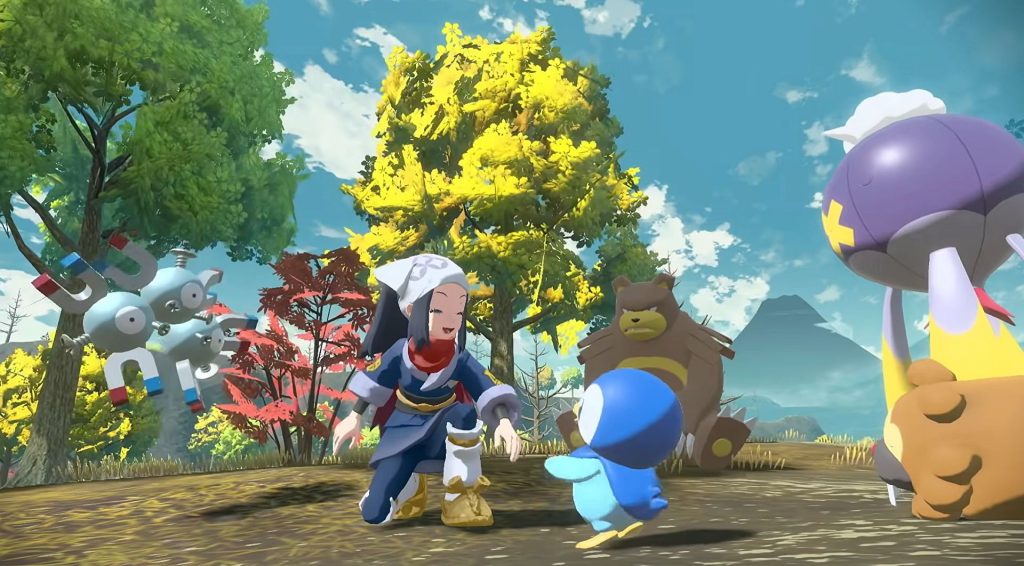 When Nintendo and Game Freak announced Pokémon Legends: Arceus players were speculating it to be another game similar to BOTW. And they weren’t entirely wrong. It’s mostly an open-world full of hundreds of Pokémon to discover and catch.

This is a big jump for the Pokémon series and it’s a natural progression for the games. If you miss the random encounters with enemies of BOTW, now you can experience battles but with Pokémon. Thankfully, it’s a longer game with plenty to do after beating it, like catching up on quests and filling out your Pokédex.

Which game are you playing while waiting for Breath of the Wild 2? Let us know!

View all posts by Brianna Fox-Priest
Dragon Ball Symphonic Adventure Coming to L.A. in May
3 Ways to Fill the Pretty Cure Void ’til Delicious Party Returns