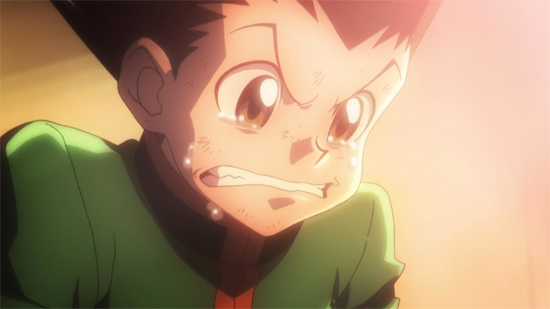 The Hunter x Hunter manga, which returned after a two-year hiatus back in June, is… back on hiatus. 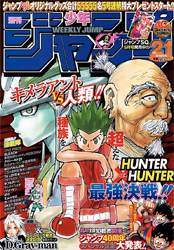 The problem at hand is the lower back pain being suffered by the manga’s author, Yoshihiro Togashi, which, yeah, would make it pretty hard to draw.

The hiatus was originally announced as a two-week affair in Weekly Shonen Jump issue 39, but in issue 40, Togashi wrote that he was still undergoing treatment and needed more recovery time before he could get back to work.

Hunter x Hunter, which is currently in the midst of the Dark Continent Expedition arc, has been running since 1998 and currently comprises 349 chapters. The second anime adaptation of the manga, running since 2011, is set to end with episode 148.

We wish Togashi a speedy recovery.