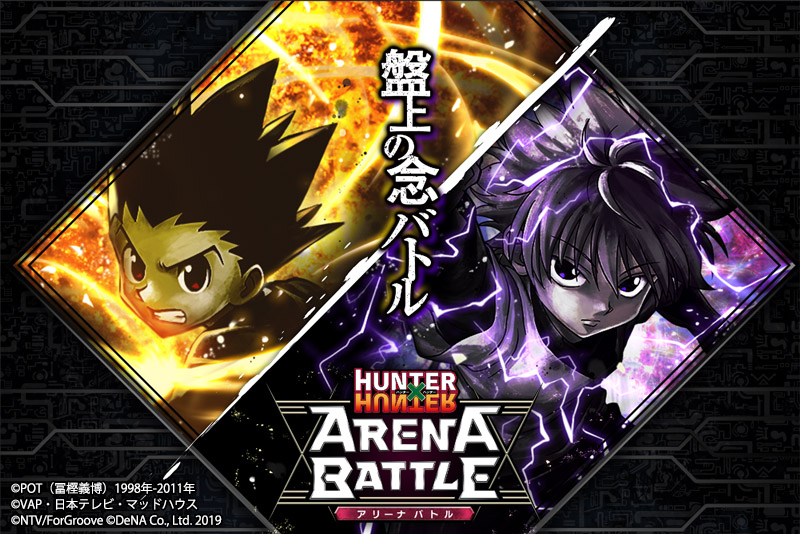 Hunter x Hunter fans looking for a way to take Gon and co. on the go now have a new mobile game on the horizon. DeNA announced plans to bring the series to iOS and Android with the upcoming release of Hunter x Hunter: Arena Battle, which will have micro-transactions but will otherwise be free to play.

DeNA has a countdown site marking the days left until more information is revealed on September 2. There’s also an official Twitter, as well as a site for fans who want to take the Hunter Exam and obtain a license, which they can then use as a background for their smartphones.

Stay tuned for more info as it arrives!