Honey-Blood Beauty and her Vampire Is Escapism with Dark Hints 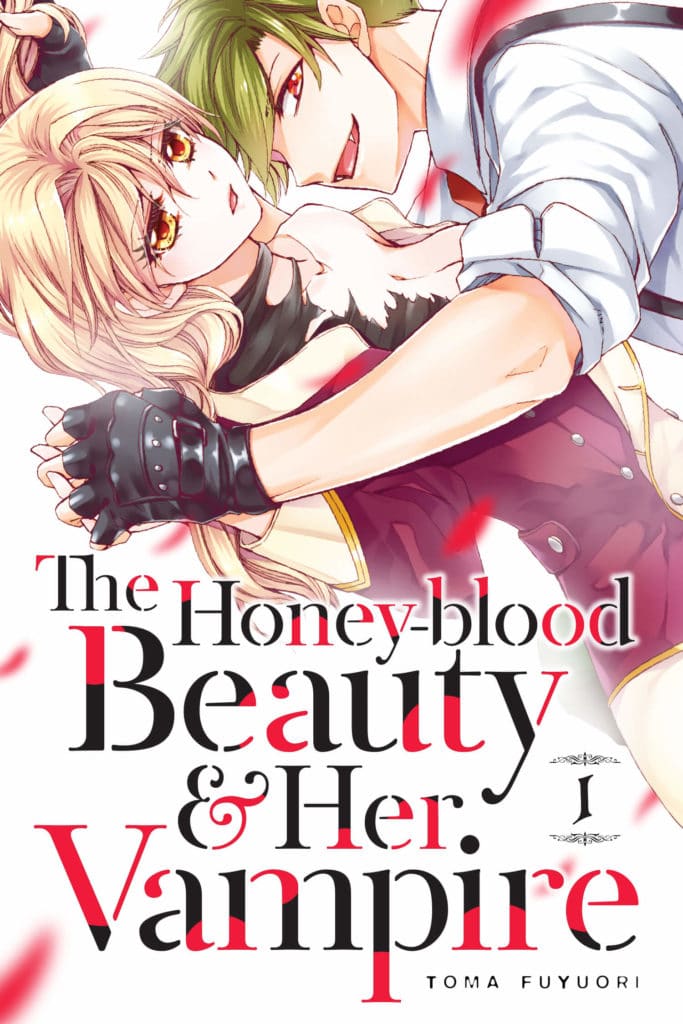 The Honey-Blood Beauty and her Vampire takes place in a world where vampires and humans (called pabulum) have found a way to coexist after a history of cruelty toward one another. There’s a rare phenomenon in humans where a few have blood that’s considered so good that these humans are called “honey bloods.” It sends vampires into a frenzy and they might not be able to control themselves. As a result, honey bloods are protected by an SP, who is specially trained and assigned to one honey blood.

High schooler Kagari Tojyo is one such honey blood, and her SP is the handsome vampire Ryotaro. Ryotaro is very protective of her safety and will use swords to defend her. She pays him each day for this protection by letting him drink a small amount of blood from her toe. But she also has a crush on him, and fantasizes about letting him drink from her neck.

They’re in something of a unique situation, because while Ryotaro is the stronger and more powerful of the two, Kagari is the master and he’s just here to obey her. He had his own feelings for her, but because this is a manga, they can’t just fall in love together easily. Kagari gets insanely jealous when she sees him hanging out with another girl, and then another high school boy shows his interest in Kagari. The high school boy is so handsome and special it doesn’t rain on him, and he likes to walk around with his shirt hanging open. First he wants to get Kagari involved with him on school politics, and then he starts talking about marriage. Because that’s not suspicious at all.

There are a few short bonus stories at the end of the first volume, and the mangaka says that while the first volume was pretty heavy on comedy, she promises more darkness in the next volume. The first volume is escapist romance with suggestive moments, but because of the hints of a darker past and some comments Ryotaro makes about killing, it has the potential to really go down some sinister paths. We don’t have a lot of depth to the characters yet, but from what we’ve seen, they’re both likable and could make a good couple. The series is rated 16+ and is digital-only.

The Honey-Blood Beauty and her Vampire 1