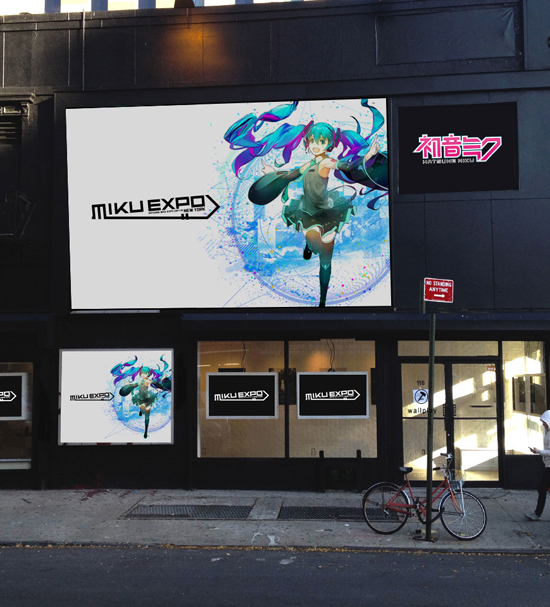 Hatsune Miku, the virtual idol, will “play” two back-to-back concerts October 17th and 18th at the Hammerstein Ballroom in Manhattan. She’ll also be the subject of an exhibition entitled “Universal Positivity” running from October 9th to 19th at art space Wallplay.

How exactly does a virtual idol play a concert? Check out this clip from a show in Japan. Essentially, she’s projected onto a screen with prerecorded dances and vocals while the backing band plays live. Whether or not you dig the tunes, it’s a trip to watch, and we can only imagine seeing it live is that much more surreal.

The exhibition, in the meantime, will feature “selection of cool and exclusive artworks and posters featuring the universe of Hatsune Miku, showcasing different aspects of the culture that she initiated in her native Japan and that is now taking on the world,” according to the official page.