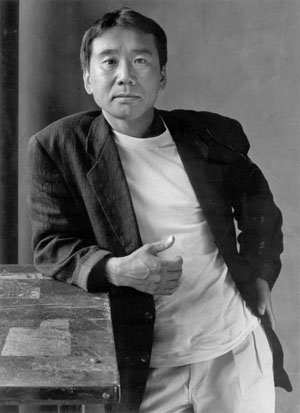 Haruki Murakami, probably Japan’s most famous author abroad, is releasing a new book this spring, according to his publisher in Japan. This will be the first new book for the author, whose blend of the mundane and the supernatural has made him a hit among Japanophiles and beyond in the States and Europe, since his epic 1Q84.

1Q84, published in three parts in Japan and one massive book in America in 2011, was a hit in the States, rising to number two on the New York Times’ bestseller list.

Readers of Otaku USA may be interested to know while Murakami has never been officially involved in manga or anime, many series owe a great debt to his novels. Yoshitoshi ABe’s Haibane Renmei drew a great deal of inspiration from Murakami’s novel Hard-boiled Wonderland and the End of the World. Dai Sato, acclaimed anime screenwriter (Cowboy Bebop, Stand Alone Complex) has also acknowledged Murakami’s deep influence on his works.

With the popularly of Murakami abroad, it’s only a matter of time before his new work is translated to English and many, many other languages.