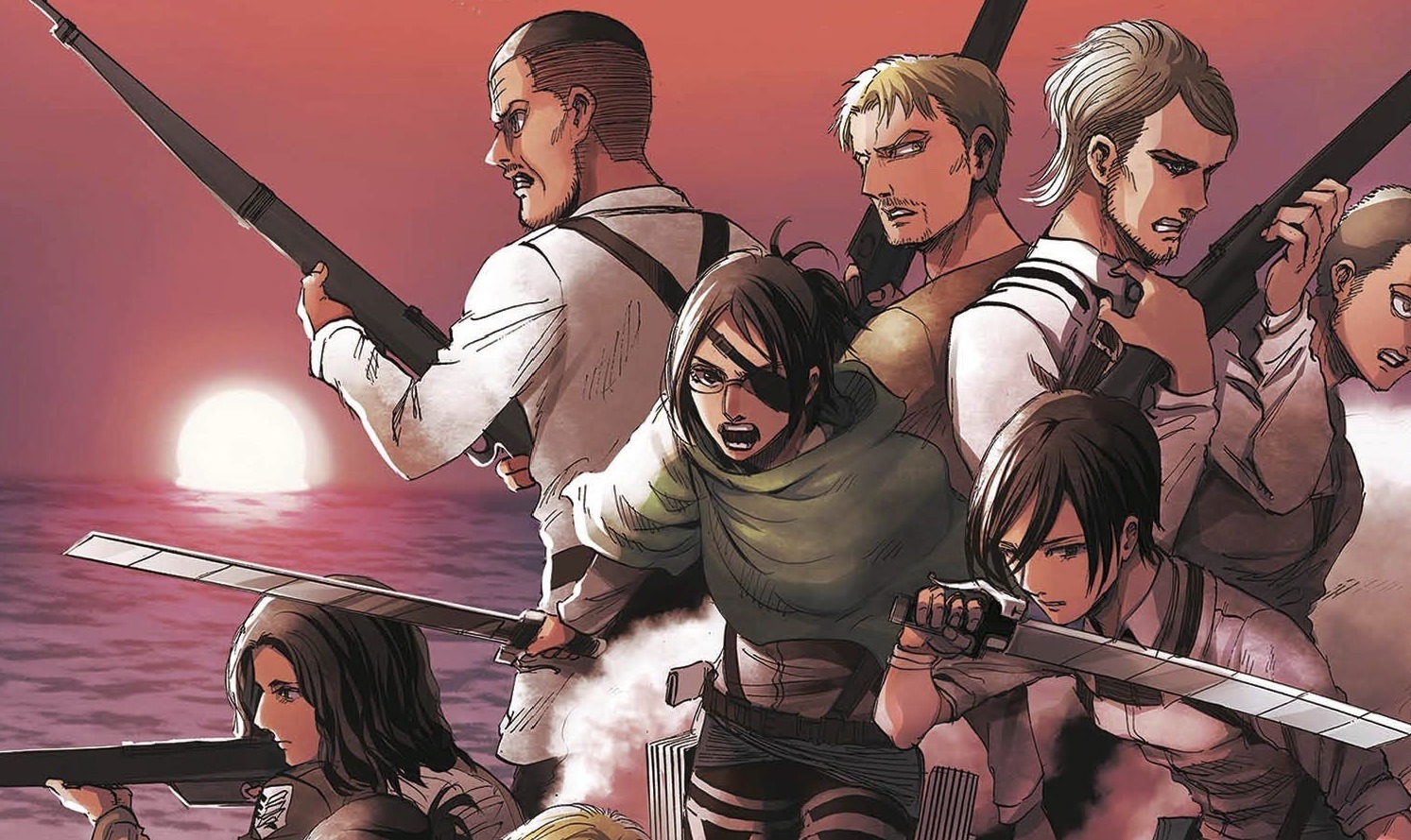 To coincide with the Japanese publication of the final volume of Attack on Titan, creator Hajime Isayama created a one-page newspaper ad for the Asahi Shimbun. And he had a creative take: the ad is in the form of a comic with Eren in an isekai story.

It has the purposefully ridiculously long title “That Time I Briefly Reincarnated Into Japan But Then Died and Got Reborn Into Another World Where Nobody Seemed to Care That Much About Me Until I Tried Transforming Into a Titan For a Bit and Now Suddenly Everyone’s Fussing Over Me in the Palm of My Hand.” 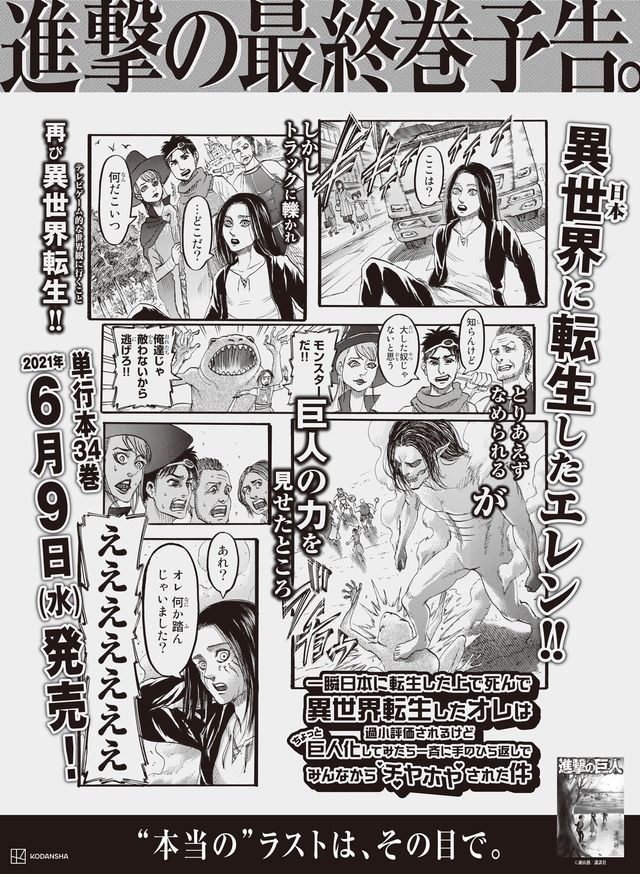 In the story, Eren is reincarnated to 2021 Japan, gets killed by a truck, and shows up in a fantasy world. In the fantasy world he transforms into a Titan to help out. And to cause harm.