Benio Hanamura is unlike many of the other girls her age. For a young lady in the Taisho era of 1918 Japan, this 17-year-old bucks tradition in favor of a tomboyish attitude and time spent hanging out with her friends Tamaki and Ranmaru. As progressive as she may sound, it’s not quite the norm for a girl who begrudgingly attends a finishing school for future brides. Her wild and boisterous life is about to take a serious turn in Haikara-San: Here Comes Miss Modern, the first of a two-part anime film series that brings the ’70s shoujo spirit of Waki Yamato’s original manga to the big screen.

As the title suggests, being a modern woman actually isn’t a problem for Benio at all. It’s being ladylike in the least where she truly struggles, despite her best efforts. She’s forgetful, occasionally clumsy, and part of an ever-increasing number of Japanese women seeking a more liberated life free from the shackles of rigid tradition. Her demeanor rings more loudly than ever when she meets Shinobu Ijuin, an upstanding, aristocratic young soldier who will be her future husband if her parents have anything to say about it. How do you think the proud and defiant Benio reacts when she finds out her husband has essentially been decided since before she was born? Naturally, she’s a woman of the Taisho era, and she refuses to be tied to these dusty old rules! But how much good is that really going to do her in this day and age?

Before Benio knows it her life is more complicated than ever. Once her long-time friend Ranmaru finds out about Benio’s engagement, he confesses his love and suggests they run away to elope. Is this really what she wants? Would it actually be easier to stay with Shinobu and learn the ways of western-influenced high society? Hey, no one said living the life of a modern woman would be easy! Try as she might, though, Benio ends up being thrust into an endearing romance, with equal parts drama and comedy on display. Benio’s life is turned completely upside down as she adjusts to her new role as bride-to-be at the Count’s grand estate, cuing a series of misunderstandings, frequent faux pas, and the type of conflicting emotions shoujo stories are the absolute best at conveying.

Benio’s tale is one of a bridge between two eras; not just in Japan itself but in the role women played within society and how said society would move forward while on the brink of war. The Taisho era was brief—lasting from 1912 to 1926 before making way for the Showa era—but tumultuous, as recounted in great detail in articles like Michael Hoffman’s “The Taisho Era: When modernity ruled Japan’s masses” (The Japan Times). The context from which it is impossible to divorce Haikara-San makes it an even more interesting time capsule view into the period. The era is just as much a character as anyone in the cast.

As for the actual cast of characters and their respective actors, there are plenty of standouts in this first film. Benio—voiced by Saori Hayami (Saki in Eden of the East, Miho in Bakuman.)—wastes no time establishing her strong personality and pushing back against everything Japan’s past and its current shifting era have to throw her way. Playing as her cool and surprisingly understanding antithesis is her husband-to-be Shinobu—voiced by Mamoru Miyano (Light in Death Note, Rin in Free!)—who belies his status with a soft-spoken, compassionate nature. He’s fully aware of what Benio is really like and he accepts her from the very first moment they unite, whether she knows it or not.

Rounding out the main cast are Benio’s best friends Tamaki (Asami Seto) and the aforementioned Benio-lovin’ Ranmaru (Yuuki Kaji). Tamaki’s arc through the first movie is almost a mirror opposite of Benio’s. Without getting too deep into what happens in the story, she eventually finds her own way to become a modern woman while Benio is still fully immersed in and paddling against the current of her new traditionalist world. Ranmaru has his own issues to deal with, especially when it comes to letting Benio go. The lengths he goes to in order to keep tabs on her aren’t actually too unusual coming from an aspiring Kabuki actor. 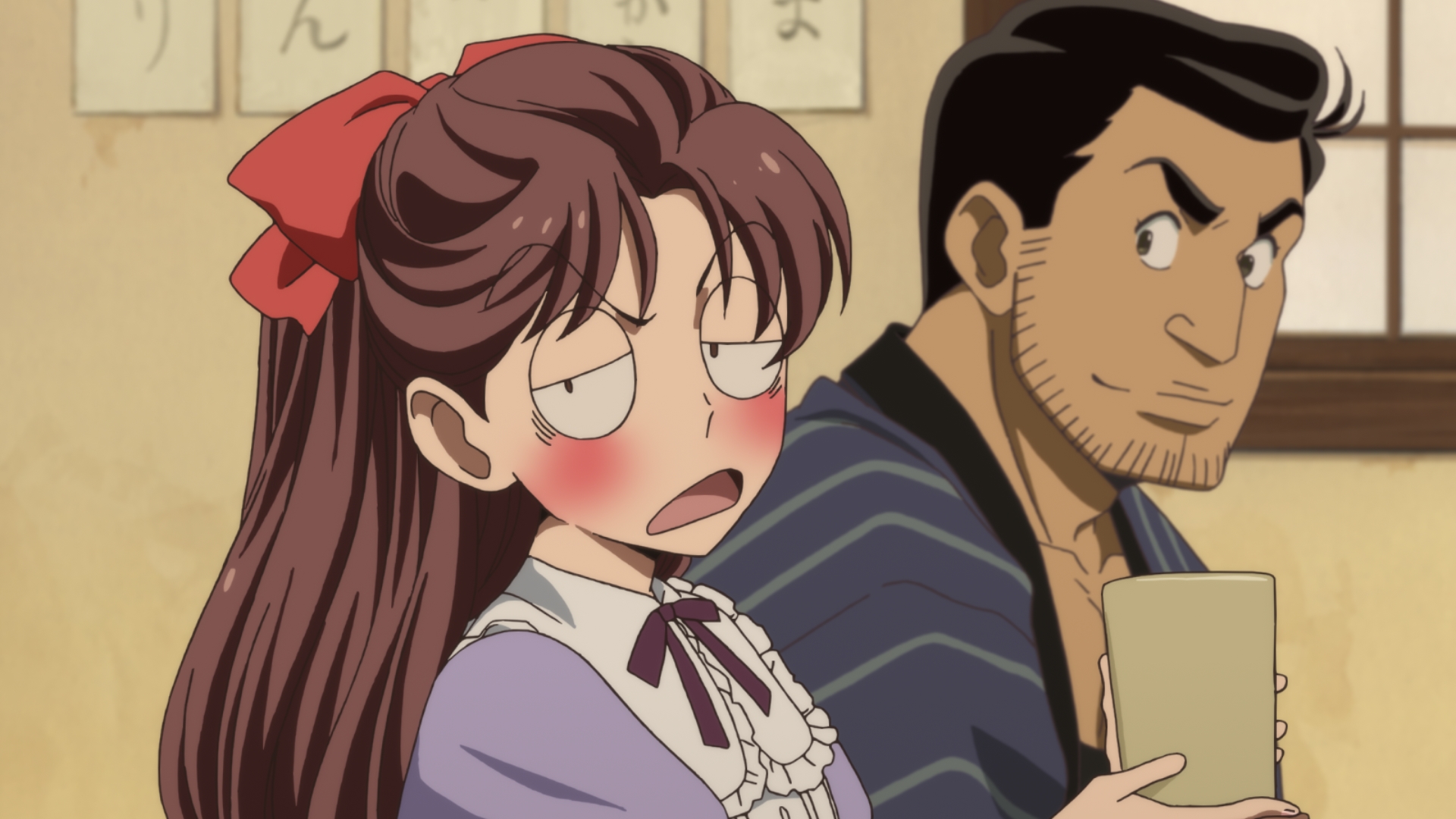 With director Kazuhiro Furuhashi (Rurouni Kenshin, Hunter x Hunter 1999, Neo Yokio) directing and handling the screenplay, Nippon Animation delivers a lush production loaded with background details and countless era-specific flourishes. Haikara-san is both a gorgeous and visually restrained film, hitting a certain purposeful understatement over the course of its 100-minute run. Even when it’s holding back, though, its classic shoujo roots shine through. The character designs by Terumi Nishii (JoJo’s Bizarre Adventure: Diamond is Unbreakable, Penguindrum) are fitting modernizations of Waki Yamato’s original creations, and if you’ve seen a bit of the manga or even a snippet of the 1978 TV anime you’ll recognize all the major story beats this entry hits.

Haikara-San: Here Comes Miss Modern is only halfway over. While this first movie ends on a cliffhanger, the break is pretty clean. There’s a mix of both hope and mystery in the air that makes this work as a standalone movie while giving viewers enough incentive to stick around for the second installment. Even if Haikara-San doesn’t grip you at every turn, it’s hard to deny the power of the ending sequence, fueled by its swelling theme song and the promise of plenty of shoujo drama on the horizon.

You can catch Haikara-San: Here Comes Miss Modern in theaters across the United States and Canada on June 8. In the meantime, check out a new dub clip below. 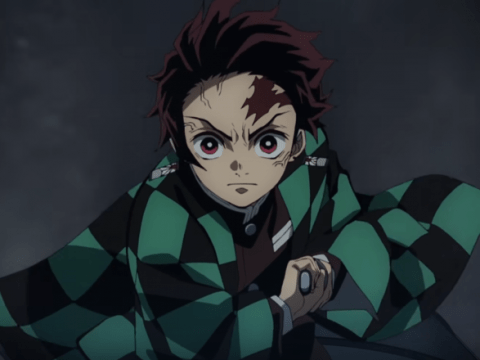 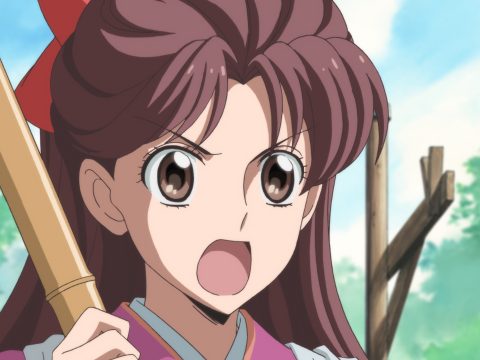 Enter to Win a Haikara-san Poster Signed By the Cast! 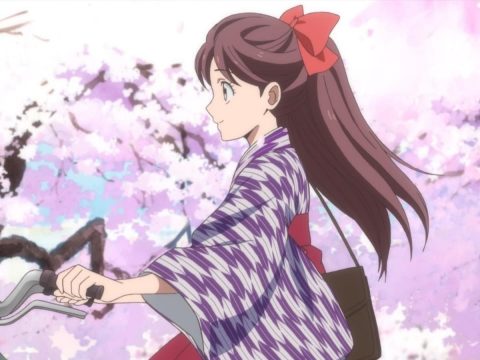