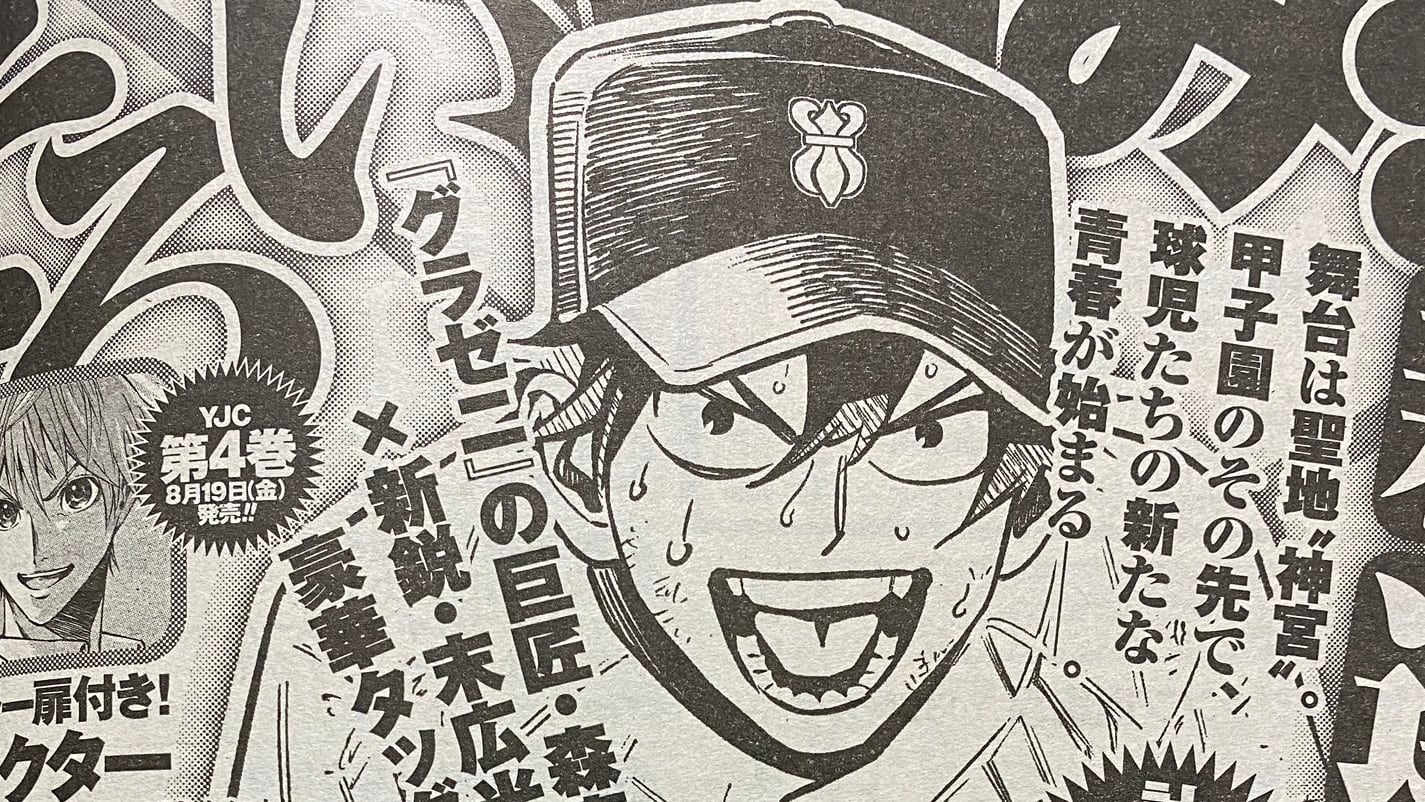 I have a special place in my heart for Gurazeni, the baseball manga by Yuji Moritaka. Maybe that’s because its main character Bonda plays for a team modeled after the Yakult Swallows, or maybe because he bears a certain resemblance to a friend of this very magazine.

Unlike Gurazeni, the manga will follow high school baseball players. It’ll be illustrated by Hikaru Suehiro, and the first chapter will be a whopping 49 pages.

Gurazeni ran from 2010 to 2021, and was adapted into an anime series. Here’s how The Crunch described it:

Bonda Natsunosuke (26, single), is a left-handed relief pitcher for the professional baseball team, the Jingu Spiders. He became a pro right after high school and now in his 8th year makes 18 million yen a year, and is not what you’d call a “first rate player.” “I don’t know how many years I’ve got left to play after 30.” “Only a few can become coaches or commentators after they retire.” “Pro baseball players need to make their money while before they retire!” Despite the harsh realities, Bonda always repeats the same phrase: “There’s money buried in the grounds.”