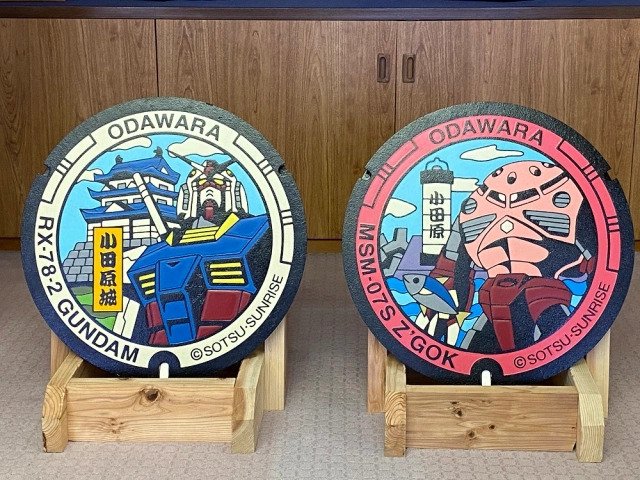 Gundam creator Yoshiyuki Tomino is receiving the special honor of having Gundam manhole covers placed in his hometown of Odawara. Two have been revealed, with the promise of more to come.

Like the many Pokémon manholes in Japan, this will be part of tourism efforts. Unlike some forms of tourism, which might be for a limited time, these manhole covers will stay in their spots in Odawara. The Gundam Manhole Project hopes to expand and get Gundam manhole covers placed across the country.