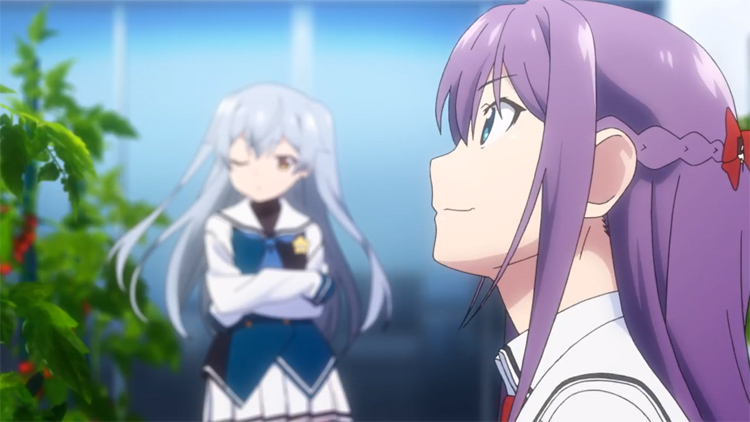 Grisaia: Phantom Trigger, the latest in the popular series of Grisaia video games by Frontwing, is getting an anime adaptation this year.

A key visual and promo video for the show were revealed June 22—but what really caught our attention was a tweet from Ryuichiro Yamagawa, president of Frontwing.

Yamagawa wrote: “this anime is being made 100% with funding from Frontwing! What’s more, we’re putting a substantial amount of money into it, so seriously, please give it your support!”

What’s so special about this announcement? Well, most anime these days is funded through so-called “production committees,” in which anime studios, toy makers, record labels, etc. pool their resources. This mitigates risk, but also leaves everyone with less reward. Many creators have also blamed the production committee system on encouraging less risky, “safe” projects.

Indeed, there are signs the system is losing favor in the industry. King Records (who, ironically, were one of the first places use it, to find shows like Irresponsible Captain Tylor) decided to fund this year’s Pop Team Epic solo.

Moreover, Grisaia: Phantom Trigger is the first anime series from a new studio, Bibury, which was founded by director Tensho, who directed Eden of Grisaia, Labyrinth of Grisaia and Fruit of Grisaia.

Phantom Trigger is set to hit screens in 2018, and stars the voice cast from the game, including Maaya Uchida and Yoshino Nanjo.

We’re looking forward to seeing what startup studio Bibury can do outside the production committee system.