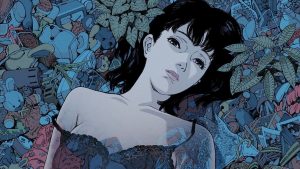 The late, great Satoshi Kon’s Perfect Blue anime film will be celebrating its 20th anniversary in style this year. GKIDS announced its acquisition of the feature for a nationwide theatrical release, with a brand new digital transfer to premiere on September 6 and 10.

The Perfect Blue screenings will also feature exclusive bonus content that will be announced closer to the event.

You can check theaters and grab tickets here.

More info from the press release:

PERFECT BLUE, celebrating its 20th anniversary, is the debut feature from the legendary director Satoshi Kon (Paprika) that continues to have a profound impact on animators and Hollywood directors. The groundbreaking film has been praised as being ahead of its time with themes still incredibly relevant today. PERFECT BLUE has been hailed as one of the best animated features of all time, and Kon went on write and direct a number of acclaimed projects including Paprika, Millennium Actress, and the television series “Paranoia Agent.”

“Satoshi Kon was an incredibly visionary and remarkable filmmaking talent,” said GKIDS President Dave Jesteadt. “His shocking debut feature remains incredibly relevant, with its bold view of how technology and media can mold and distort our own perceptions of ourselves, and we are pleased to offer a new opportunity for audiences to discover his work.”

GKIDS and Fathom Events will present PERFECT BLUE in approximately 500 select U.S. movie theaters on Thursday, September 6 in its original Japanese language with English subtitles, and Monday, September 10 in the English language dub at 7:00 p.m. local time for both shows. A complete list of U.S. theater locations will be available on the Fathom Events website (theaters and participants are subject to change).