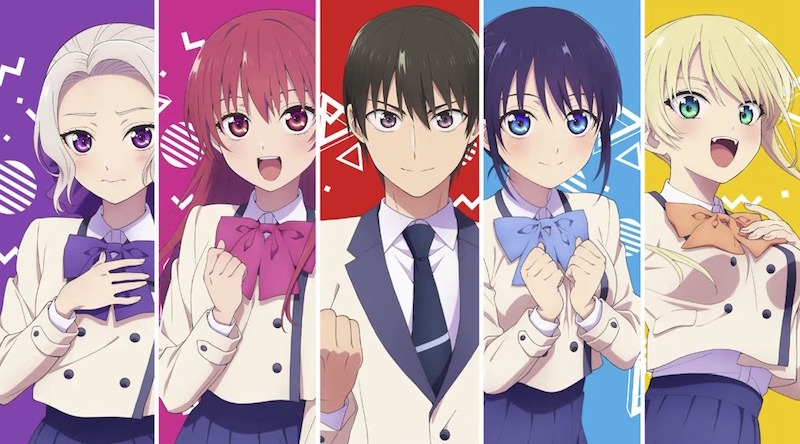 Necry Talkie is a relatively band that got together in 2017. The released their major label debut in 2020.

Momo Asakura is a singer and voice actor known for her roles in Kaguya-sama, Horimiya, Idoly Pride and more. It doesn’t look like she’s in the show—at least, not in one of its main roles.

The series, about a guy who’s dating two girls, is directed and penned by the team behind The Quintessential Quintuplets: Satoshi Kuwabara and Keiichiro Ochi. It features character designs by Akiko Toyoda, and it’s animated at Tezuka Productions.

Here’s how Kodansha Comics describes the original manga by Hiroyuki:

Naoya just got a girlfriend, the gorgeous Saki-chan, and though their intensities often pit them against each other like ice and fire, they’re totally, uncontrollably in love with each other. He vows never to cheat…when out of the blue he receives another confession! Nagisa’s cute, sweet, and she’s made him lunch to boot! He knows he can’t cheat, but he can’t let a cutie like this get away…so he does the logical(?) thing: Asks Saki for permission to date them both! The confidence! The arrogance! The very gall! No matter the outcome, Naoya’s future will be lively! 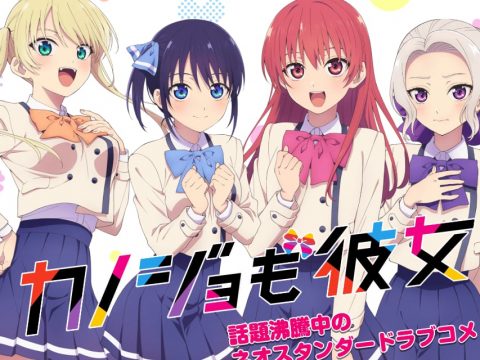 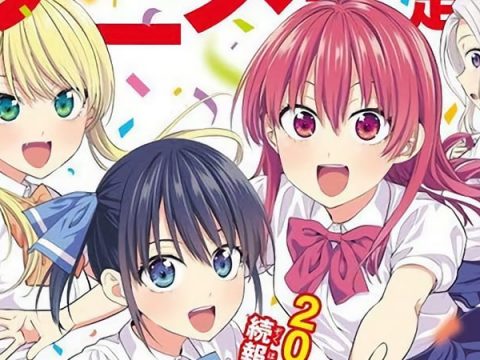