Gintama Manga Swears the Final Chapter is Coming on June 17 Gintama author Hideaki Sorachi has been having a ton of fun with the so-called conclusion of the series. First it came to an end in Shonen Jump and moved to Jump GIGA in December of 2018, and then it continued in the official app this May. Now, according to the latest update, the “final chapter” of “the further side of the final chapter (continue)” series is scheduled to hit the app on June 17.

Will this really be the end? Who knows. In other Gintama doings, the 77th collected volume is due out in Japan this summer along with the 432-page final fan book, the latter of which will feature 128 color pages and a new manga chapter. 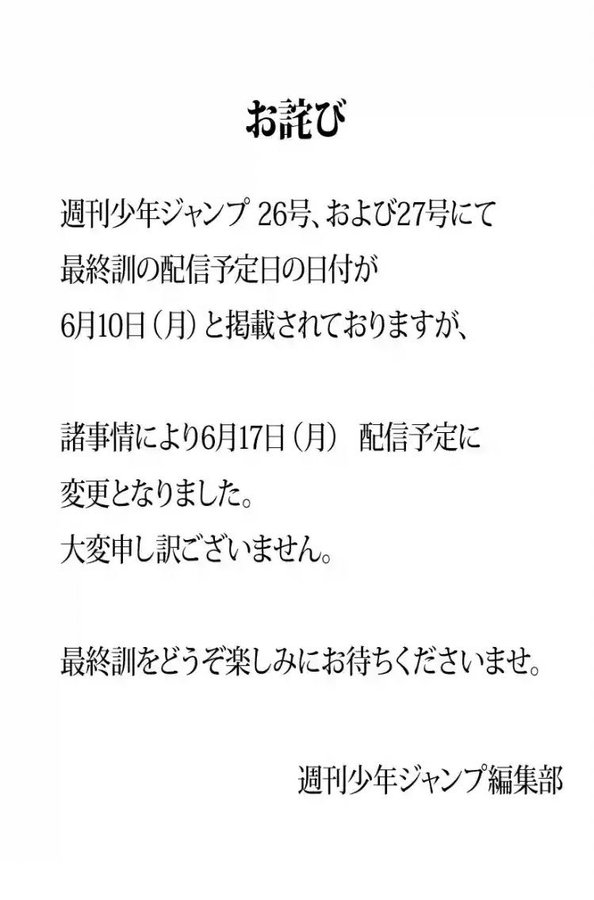 735 people are talking about this