With all the recent controversy over Hollywood’s live-action Ghost in the Shell movie, it’s easy to forget that there’s also a new Ghost in the Shell anime on its way to movie theaters. Its official website updated today with a new promo video and key visual.

The video is mostly composed of footage from past GITS releases, but contains a few snippets of new stuff at the end. Translation:

Text: And now, in 2015
Text: A new film is activated
Text: Are you ready?
Text: Original concept – Masamune Shirow
Motoko: This fight is so we can move ahead. Make the future.
Text: 25th anniversary work
Motoko: I’ve found the highest grade of parts.
Narration: This is the beginning of everything. It activates now.
Text: This is the origin of everything.
Motoko: Do you have the resolve to know everything?
Narrator: Ghost in the Shell: The New Movie 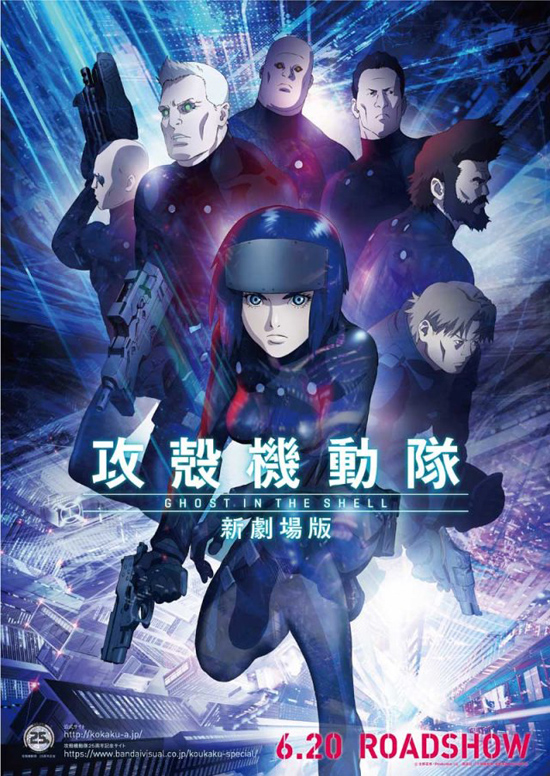 Beyond that, there have been few new details released since the site first launched. Its cast and crew are largely carried over from the Arise OVA series, but it remains to be seen whether this film will live in the continuity of Arise, the films, or otherwise. For the original trailer and more of the originally-released details, be sure to check out our previous post.

It’s not much, but if reception like this is any indication, we imagine you guys are looking for anything to help get the idea of Scarlet Johanson as Motoko off your minds.