The first one is usually free. You like it, and for a while you limit yourself to partaking of just that – but then your supply runs out and you start thinking “got anything else I can try, man?” One thing leads to another, and then next thing you know you’re a junkie, unable to kick the habit without going into severe withdrawal. Otakudom probably costs a lot more than drug addiction would, but the mechanisms by which people get hooked follow a similar pattern. I call it “gateway anime,” those popular titles that lead people down the path to becoming a full-blown anime fan. Gateway anime titles come out once every few years, become quite popular compared to most other anime titles, and a subset of their viewers gain interest in anime in general, thus ushering in a new wave of aspiring otaku to the chagrin of some who got hooked in via a prior gateway anime. You can mark generations of fans by the show that brought them in; “the Naruto generation,” for instance. A unique aspect of anime fandom is that the gateway anime of choice changes over time such that titles that were once mega-popular to the point of ubiquity tend to end up almost completely forgotten as the years go on. You don’t really see this in other fandoms. A majority of people who’d fancy themselves fans of “film” make sure to watch Citizen Kane, and readers of American comic books still know about Watchmen. But for anime fans, the gateway is always a-changin’, so let’s take a non-comprehensive look at some gateway anime titles of years past!

Although anime has been airing in America for over 40 years, one of the single biggest gateway anime titles as far as US anime fandom is concerned is Space Battleship Yamato, better known in America as Star Blazers. Captivating the imaginations of many throughout the mid-1970s, the fans of Star Blazers united in their goals to see more stuff and in so doing laid the foundations upon which anime fandom exists today. To learn more, read the February 2008 issue of Otaku USA and listen to the Yamato discussions conducted on my podcast, Anime World Order. Rest assured that we’ve got a bunch listed in the Review Index, with more to come.

Although Voltron was massively popular among most kids of the mid-1980s, it wasn’t much of a gateway anime seeing as how all those people who bought Voltron on DVD didn’t exactly go out and buy GaoGaiGar afterwards. No, the biggest gateway anime of its time was undoubtedly Robotech, an edited together version of three different anime series: Superdimensional Fortress Macross, Superdimensional Cavalry Southern Cross (solely remembered by anyone because it was part of Robotech), and Genesis Climber Mospeada. Despite all the edits and storyline changes, enough aspects of what made the stuff good to begin with still shined through, and a new swarm of fans emerged on the scene that didn’t necessarily know or care about Star Blazers, which didn’t sit well with many. This pattern continued on ever after.

Both Star Blazers and Robotech had the luxury of being on television, and titles broadcast on TV always bring in more new fans than titles released just on video. But in the early days of video stores, many an otaku was born by chance encounters with certain titles on the rental shelf. Even though a disturbingly large amount of today’s anime fans still have never seen them, Akira, Ghost in the Shell, and Ninja Scroll are some of the single most well-known anime titles of all time thanks to this phenomenon (to say nothing of Overfiend). Viz Video’s release of Rumiko Takahashi’s Ranma ½ laid the template for how Inuyasha fans of today behave, and it and Pioneer’s Tenchi Muyo! were silently laying the foundation for the black tide of harem and moe that has corrupted everything it touches. For me, it was the Sci-Fi Channel’s rerunning of Robotech combined with Animeigo’s VHS release of the original Bubblegum Crisis OAVs (aka the REAL BGC; that 2040 crap doesn’t exist, you hear me?!) that got me hooked. In the mid-1990s the US television broadcast of Sailor Moon marked the first mass arrival of females to American anime fandom. Gateway anime was starting to hook in younger audiences, not just college-aged guys. Once Pokemon hit it big and Cartoon Network began airing Gundam Wing and rerunning Dragon Ball Z, the face of anime fandom was transformed into its modern form such that if you’re in your mid-twenties you’re officially an “old-timer.” Hard as it may be to believe, there was a long time when cons and clubs were almost entirely attended by Computer Science majors and the word “yaoi” was virtually unheard of. The current situation is much better – I think.

There’s certainly a large amount of possible gateway anime titles I’ve neglected to mention, such as Evangelion, Cowboy Bebop, Trigun, or Fullmetal Alchemist. But perhaps the entire concept of the “gateway anime” is fast becoming obsolete beyond “the first anime you happened to see.” With so much anime available to watch these days-if you so desired, you could go watch nearly everything I mentioned in this article right now-the chances of any ONE show becoming a big hit are quite slim. What do YOU think? Let us know by leaving a comment below! 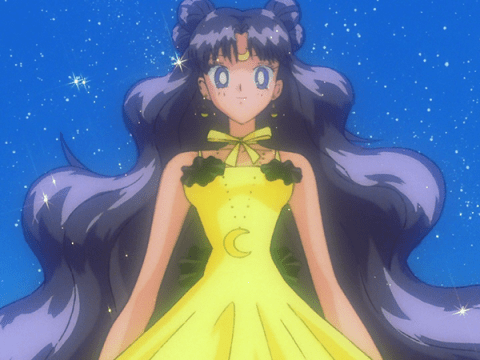 Naruto: Rise of a Ninja
Slayers: A Retrospective