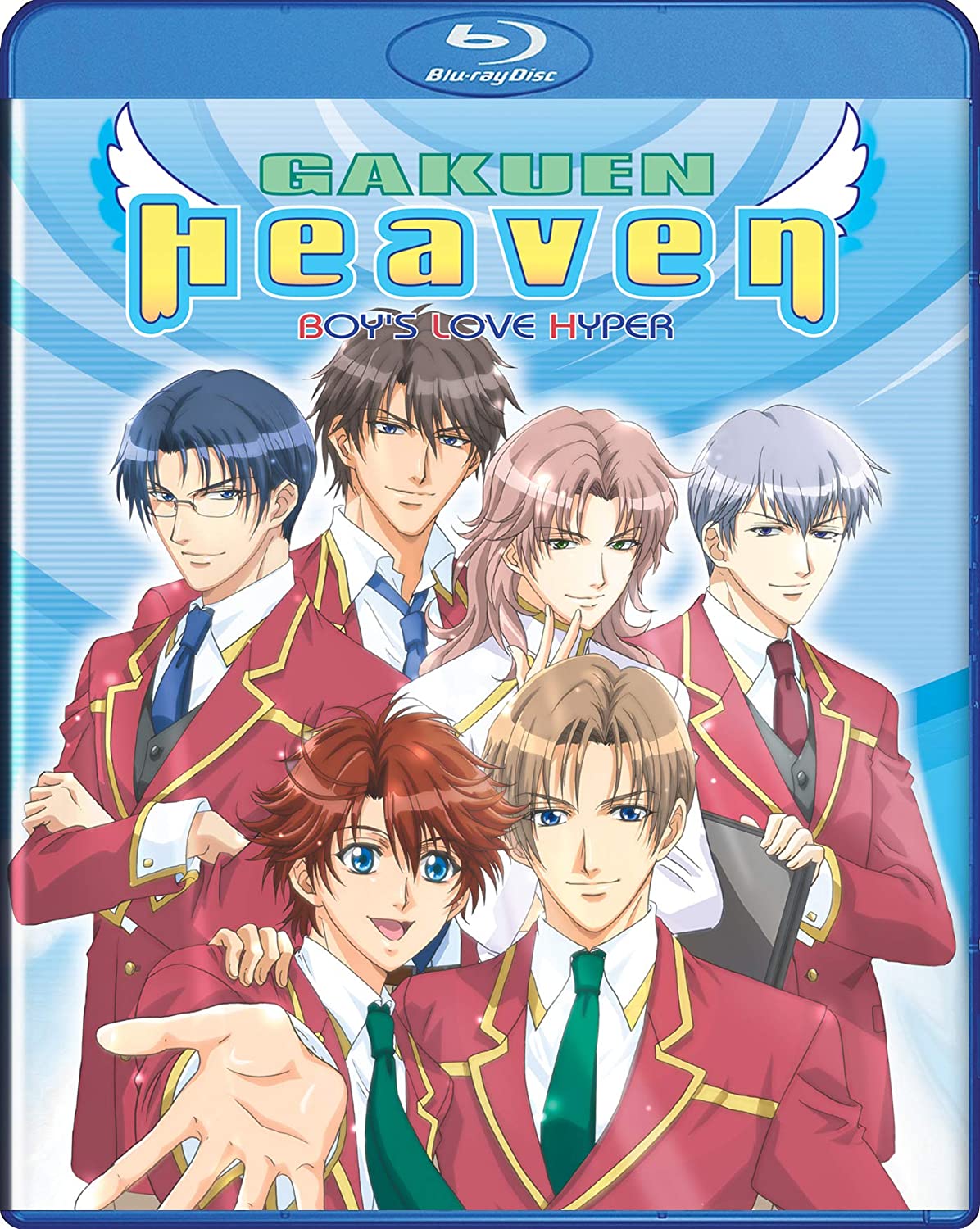 Keita Ito can’t believe that he’s allowed into the revered all-male Bell Liberty Academy, also known by the tongue-in-cheek name BL Academy. When he arrives, he finds himself surrounded by beautiful boys, with more than one of them openly crushing on him. He gets sent out to share a letter with a bunch of them that he’s not allowed to read, but after proving he’s a trustworthy person by not reading the letter, he discovers the letter was a setup for a party for him. In some ways, it seems as if everyone loves him here.

Or not. Because someone did try to hurt him at the beginning. And then important people at the school want to kick him out. Keita himself feels dubious about his qualifications to be here, but when there’s a competition to see if he’s allowed to stay or not, he’s willing to give it his all.

The Gakuen Heaven anime is 13 episodes long, and it’s a charming boys’ love story. It’s one of those fantasy ones — yes, some of the things in it strain believability, but that’s not the point. The point is to enjoy all the beautiful young men and the kawaii effects in the story, like the fact that the school mascot is a Teddy Bear and Keita even wears Teddy Bear slippers. (Or, you know, that one fanservicey scene where he’s briefly clothed in what looks like a wedding dress.) Parts of Gakuen Heaven get dark, but more often it’s relaxing and amusing.

One shtick the anime employs (particularly at episode openings) is showing closeups on the characters where you can’t tell what’s going on, and what they’re saying sounds really suggestive. The joke is that when you back up, they’re talking about something completely innocent, like fixing a leak in the ceiling. The show never gets explicit, instead concentrating on sweetness and humor. At the end of episodes we get little comical cartoons called “Hamu Hamu Heaven” where the characters are dressed up like hamsters and end all their sentences with “hamu.” You can’t make that up.

Gakuen Heaven is available subtitled-only, and it’s too bad there’s not a dub option, but since BL titles don’t always get licensed in America, it’s good to at least have this. It was previously released on DVD, but Media Blasters has recently put it out on Blu-ray. Gakuen Heaven is a fun, lightweight title for fans of BL. 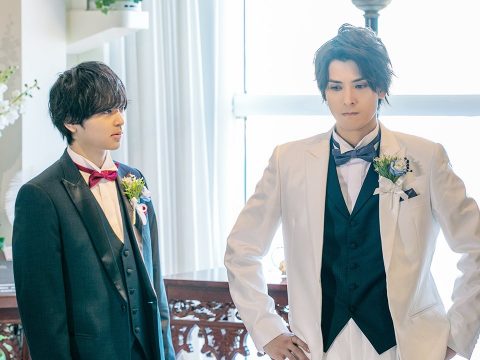