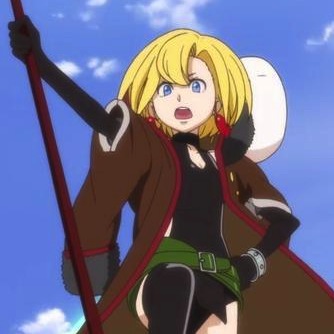 FUNimation announced another addition to its winter 2015 simulcast lineup yesterday. The latest anime is Maria the Virgin Witch, kicking off on January 11 at 9:30am Eastern Time.

Here’s how FUNimation describes it:

In the time of the Hundred Years’ War, a young and powerful witch known as Maria leads a reclusive existence. Shunned by the church – but beloved by certain locals – Maria endeavors to use her magic to bring an end to the warfare she so despises. She assists people of all walks of life with the help of her two familiars: a succubus and an incubus with great powers of seduction.  Though she seeks only peace, the archangel Michael despises her use of magic to interfere in human affairs and decrees that should she ever manage to lose her virginity, Maria’s powers will vanish! To ensure that Maria no longer mingles magic with humans, Michael sends the angel Ezekiel to keep a watchful eye on the virgin witch. Don’t miss this intriguing tale of magic, war, and sexual frustration from Production I.G. and the director of Code Geass!