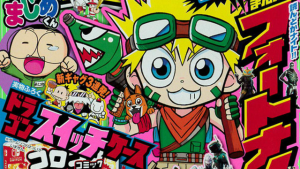 There are currently over 200 million registered players of Epic Games’ insanely popular battle royale game Fortnite. Even if you’ve never touched it yourself, your daily life has, in some way, been invaded by an aspect of its influence. Now that influence has spread to the world of manga thanks to a new gag strip in CoroCoro Comic magazine.

The manga made its debut in the magazine’s February bonus issue, which is now on Japanese newsstands. Time will tell if this is just a one-off, but the manga take on Fortnite features Vic Roy and his dog Coro as they battle their way through the game’s world.

Here’s a promotion featuring the cover of the special: 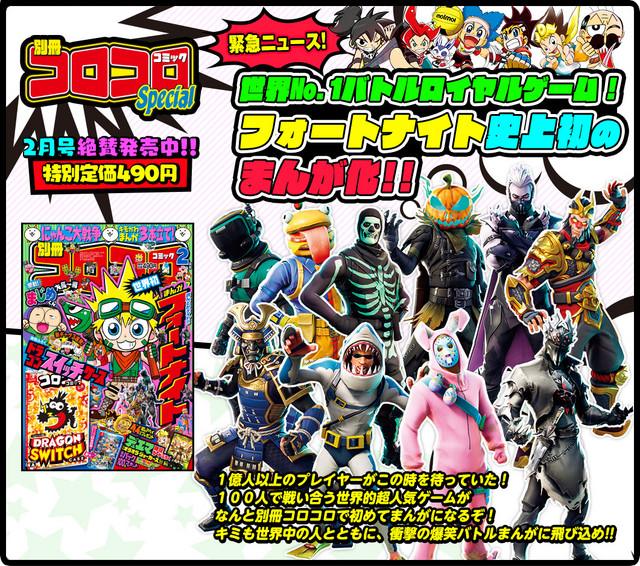