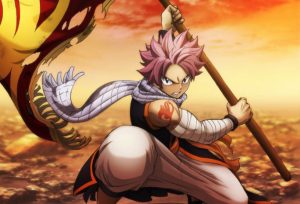 The final Fairy Tail anime series is almost upon us. The last leg of the adaptation of Hiro Mashima‘s since-concluded manga begins on October 7, and the official website went up with a reveal of the theme song artists.

The opening theme will feature lol performing “power of the dream.” Beverly will perform the ending theme song, which is titled “Endless Harmony.”

As previously reported, Fairy Tail‘s final season has the cast and staff from previous series returning for duty, including Shinji Ishihara as director, Masashi Sogo on series composition, and A-1 Pictures on animation production.