Farming Life in Another World Is Relaxing, Amusing Isekai 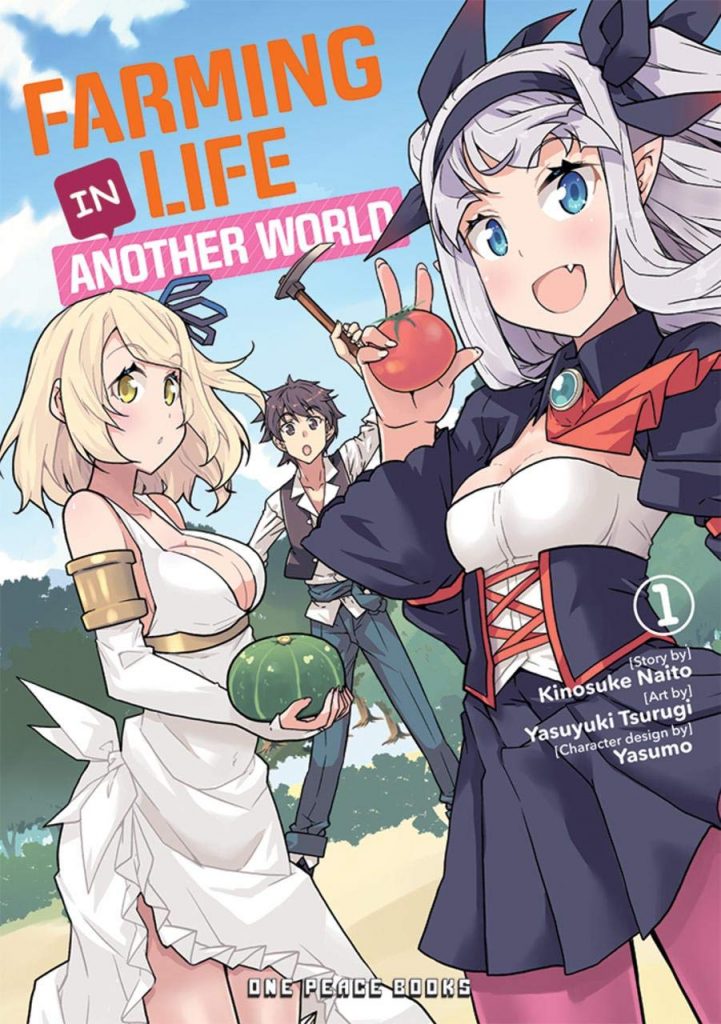 Hiraku spent his twenties working for a terrible company. He spent his thirties sick in bed. At 39, he died. But then God gives him another chance.

God (in this manga, vaguely pictured in a humanoid form) offers to send Hiraku to another world, so he can be healthy and enjoy life. God even lets Hiraku have some wishes. Hiraku wishes for a place to live without many people and to be a farmer. God grants this wish, along with giving him the “Almighty Farming Tool,” which can turn into different tools.

Alone but healthy and happy in his new world, Hiraku gets to work with his Almighty Farming tool. Before long, he has shelter, is able to eat fanged rabbits he hunts, and gets some horned dog companions. This part of the Farming Life in Another World manga feels like a relaxing read, like getting in touch with the earth. While he faces hardships, he avoids the life and death “if there are no crops, I die” scenario concrete to real farmers throughout the ages.

Eventually he gets some female companions. First it’s a pretty vampire, then a pretty angel, then a whole bunch of pretty elves. This is where the manga turns from being more relaxed and gets in more of a fanservice mode. The fanservice is done humorously as Hikaru discovers he’s accidentally gotten himself something of a harem. The first volume ends with mention of a new character and potential threat, which ups the ante and makes you curious what will happen next. Comments God makes about the Almighty Farming Tool also indicate there’s more going on than there initially appears.

Farming Life in Another World was originally published as a light novel series, and One Peace Books has picked up the manga adaptation. The franchise is already proving popular in Japan, and it makes for its own laidback, charming version of the isekai genre. The communication back and forth with God, the Almighty Farming Tool and some of Hiraku’s interactions with the women are amusing, offbeat and colorful. This would be a fun read for fans of isekai, especially if they want bishojo.

farming life in another world 2