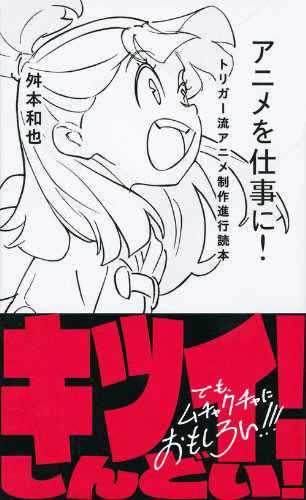 As much as we love anime itself here at Otaku USA, we also love learning about the business behind anime: the people, the studios, the process – just how does this anime stuff we like so much become a reality?

That’s why we were psyched to pick up a new book by Studio Trigger producer Kazuya Masumoto called Anime wo Shigoto ni! (Making a Living in Anime!). An in-depth guide aimed at young people thinking about joining the industry, or just people interested in how it works, Anime wo Shigoto ni! details the anime-making process from start to finish and describes in practical terms just what it takes to create a 30-minute episode of anime.

We’ve finally finished our read-through of Masumoto’s information-rich book, and here are the top eight things we learned:

1. If you want to understand the biz, you have to follow the animation runners

If you want a true overview of how anime is created from end to end, says Masumoto, your best bet isn’t to track a director, animator or writer – it’s to pay attention to animation runners.

Runners (think Aoi from Shirobako) occupy the entry-level positions in an anime company, but don’t underestimate them, says Masumoto – they’re the ones responsible for putting an episode of anime together, from creating the schedule to hiring animators to keeping track of thousands of individual elements of a production. As a consequence, notes Masumoto, they’re the only people there from the very beginning, when the screenwriter passes off the script, to the very end, when the episode airs.

Aside from the already-difficult work of actually coordinating an episode of anime, runners are also in charge of tasks like:

In other words, anime is made by human beings, and there’s plenty of work that doesn’t have anything to do with animation that needs to get done – and it’s largely done by runners.

One of the reasons Masumoto wrote the book in the first place was to counter a lot of the negativity on the internet about how much it sucks to work in the anime industry. Yes, he concedes, the hours are long, the pay isn’t very good, and the pressure is high.

But what most of the internet reports on the industry don’t mention, says Masumoto, is that making anime is a lot of fun too.

Most stuff on the net about the anime industry, writes Masumoto, is “like writing about cooking and describing the individual ingredients without ever mentioning the flavor.”

4. And more people want in than ever before

All the negativity about the industry doesn’t seem to be affecting recent college graduates, who are applying to anime studios in far higher numbers than when Masumoto joined the industry 14 years ago. As a result, Masumoto gets to be more choosy when it comes to potential new employees. Some of the qualities he looks for when hiring new staff:

Masumoto lists lots of numbers in the book, extremely interesting information about an industry that often seems quite opaque. Some of the most interesting digits:

Average length of time one spends as an animation runner: two to three years.

Before becoming a producer and board member at Trigger, Masumoto started as an animation runner at a small company called Meruhen, working on titles like Hajime no Ippo and Digimon Frontier. He then moved to Gainax and worked as both an animation runner and animation desk (the position just above animation runner) on Gurren Lagann, where he worked with future Studio Trigger founders and Kill la Kill creatives Hiroyuki Imaishi and Masahiko Otsuka.

The time Masumoto spent as an animation runner? Six years. 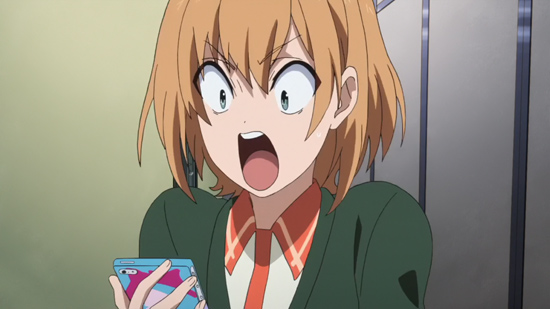 7. You don’t have to be able to draw to work in anime

In fact, says Masumoto, these days there are more jobs in anime that don’t require artistic skill than those that do. This is partly thanks to the way anime is now funded: not just by anime studios, but by “production committees,” which are basically a bunch of companies from different industries (music, home video, merchandising, etc.) coming together to fund a series.

Therefore, writes Masumoto, one need not join an anime studio to work in anime: if you’re into anime music, for example, join a record company’s anime division, he says. Joining an anime studio when your real passion lies elsewhere will just cause you to burn out, he warns.

The thing that struck us most working through Anime wo Shigoto ni! was how much working in an anime studio is like working… anywhere else.

Though the industry certainly has its quirks and particularities, the qualities Masumoto continually emphasizes for good employees aren’t knowledge of obscure anime or any particular artistic skills, but plain ol’ dependability, timeliness and interpersonal communication. After all, writes Masumoto, animation runners are constantly trying to convince dozens of people to meet their deadlines while still maintaining good relationships that will last to the next project.

In the end, anime work is work work.