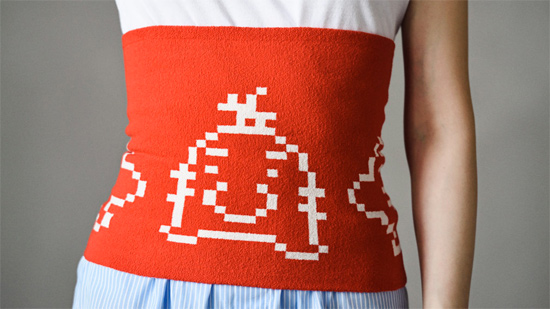 Earthbound, the cult Super Nintendo game known as Mother 2 in Japan, celebrated its 20th year of existence this week, and its creator has released some new merchandise to celebrate.

For those unfamiliar, Earthbound is the second (but the first to be released in America, hence the name change) in a series of RPGs which were unique because they were set not in a medieval fantasy setting, like most RPGs of the day, but in a send-up of suburban America. Earthbound‘s characters fought not with sword and shields, but baseball bats, yo-yos and rocket guns.

The game’s quirky setting, cute graphics and clever writing by its creator, Shigesato Itoi, all added up to make the game a commercial failure in an America that wasn’t quite ready for its RPGs to break the fourth wall. Over time, however, a very passionate fanbase emerged.

Earthbound (or Mother 2, more accurately) is also fondly remembered in Japan. For the 20th anniversary, Shigesato Itoi, whose main job these days is blogging and releasing goods via his website, has released two very unique products to mark the occasion. One is a cover for his yearly journal, the Hobonichi Planner, on which Onett, the first city in Earthbound, is printed across the cover and back. 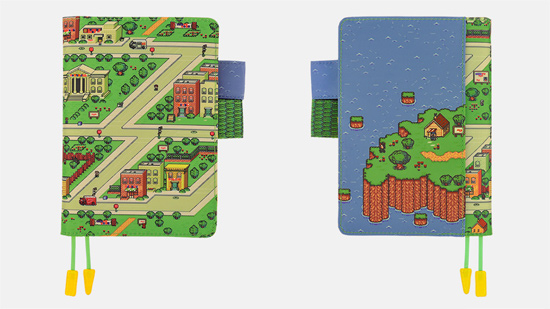 Itoi’s company has also released a haramaki, a very Japanese item one wears around one’s belly to keep warm while sleeping or during the day. Imagine the satisfaction of going to work in your overly air-conditioned office, keeping snug and doing some serious business, all while no one else knows you’ve got Earthbound‘s Mr. Saturn wrapped around your midsection. Potential!

These items can be ordered from overseas, though navigating some Japanese menus is required. Here’s a guide.

Earthbound was recently rereleased in Wii U, and Ness, the game’s main character, is rumored to appear in the next Super Smash Bros. game. Despite being a couple decades old, Earthbound just keeps on giving.