This year, on April 13, the 22nd Detective Conan anime film will make its debut in Japanese theaters. Ahead of that, the official website recently went up with the key visual for the movie, which is titled Detective Conan: Zero’s Executioner (Meitantei Conan: Zero no Shikkounen).

Death Parade and Mob Psycho 100 director Yuzuru Tachikawa is at the helm for this feature, which serves as a followup to Detective Conan film 20, The Darkest Nightmare. 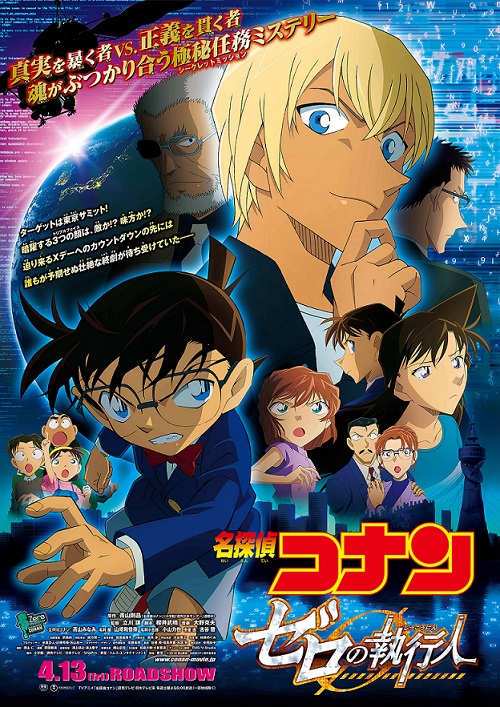