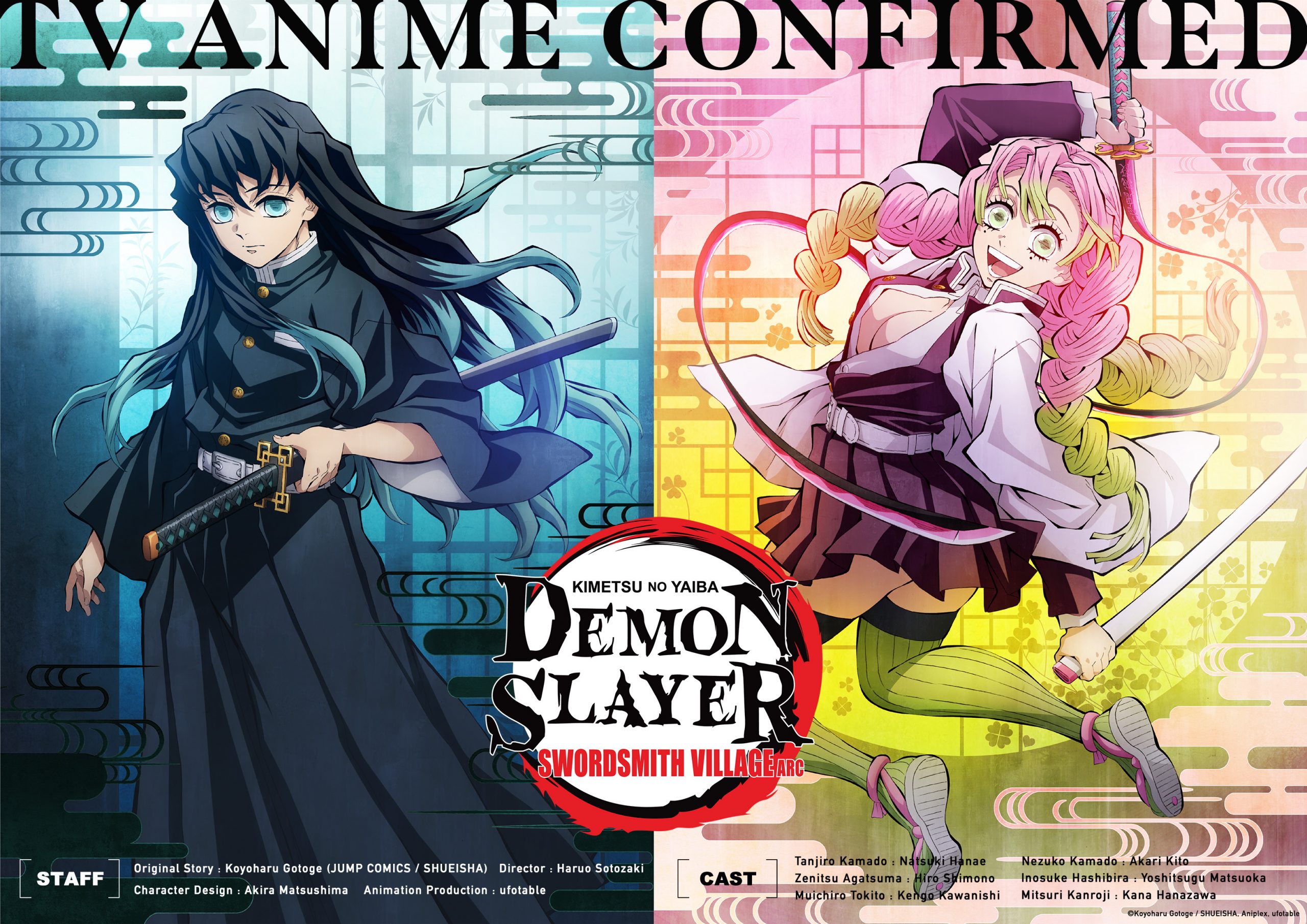 This weekend marked the third anniversary celebration of the Demon Slayer: Kimetsu no Yaiba anime at the Makuhari Messe event hall, and the folks behind the adaptation took the opportunity to show off more of the upcoming Swordsmith Village Arc. We won’t get to see the arc in full for a while, as a date has yet to be confirmed for the next set of episodes, so now is a great time to pore over the brand new trailer below.

Demon Slayer: Kimetsu no Yaiba Swordsmith Village Arc has the cast and staff at ufotable returning for more, so it’s sure to be another exciting season. Stay tuned for more details as they’re revealed!

Creator Donates Money from Cherry Magic! Film to Gay Rights Group
In Another World With My Smartphone Anime Season 2 Revealed