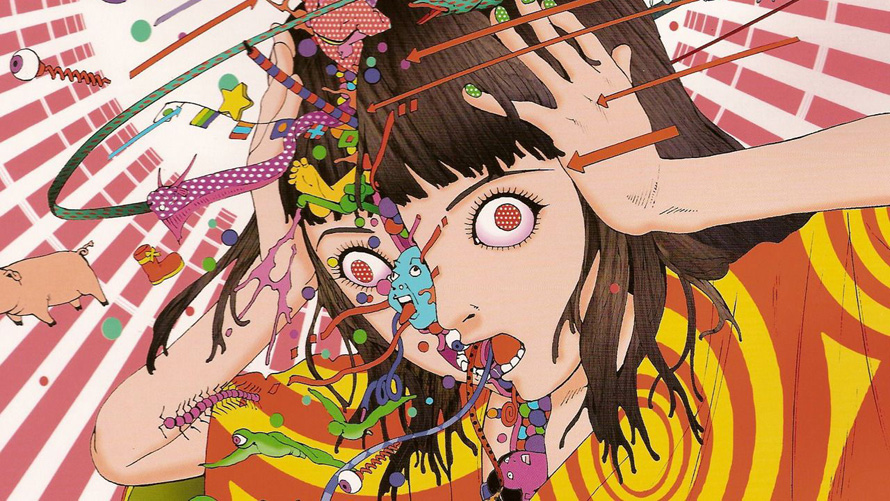 Chirpy, eternally hopeful young Yukie works as a caseworker for elder care company Green Net. Unfortunately, thanks to the meddling of a jealous colleague, the senior citizens she’s dispatched to care for are the toughest cases: difficult, dangerous, and frequently supernatural. Yukie’s assignments include a psychic old woman whose dementia causes the things she forgets to disappear, an elderly giant sentai fighter and his equally elderly monster rivals, and a man with rampaging AI dentures. Later chapters revel in increasingly bigger and more outlandish set pieces, creating a sky-high city of tiny elder apartments, a battle royale competition for a high-end nursing home, and a superhighway for senior drivers where they can drive as slowly as they please. There’s even an elderly manga artist, who looks like famously eccentric horror manga-ka Kazuo Umezu. 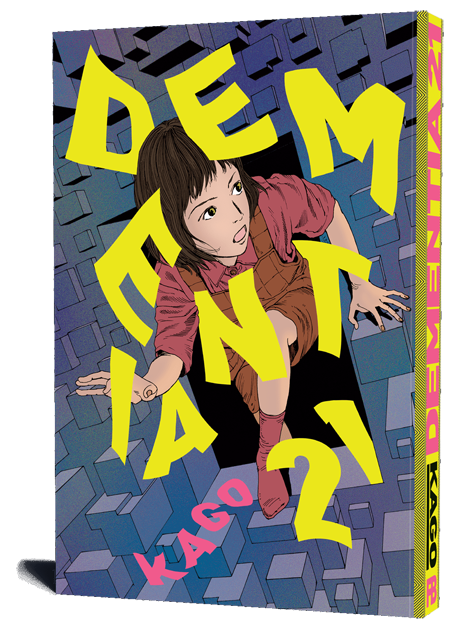 Shintaro Kago is one of the masters of ero guro (erotic grotesque) manga, known for extreme, if darkly funny, images of female bodies undergoing bizarre transformations. Dementia 21 is one of his tamer, almost family-friendly, works, dropping the “ero” and channeling the “guro” into absurdist horror comedy. Though some of the situations he cooks up are specific to Japan, like a chapter based on senior citizens’ addiction to pachinko parlors, most of the gags about old people transcend culture. That said, nothing dramatizes the anxieties of a rapidly aging nation like the chapter in which Yukie tends to a room filled with infinitely multiplying needy old folks.

Kago’s creepy-cute art is at its best, forcing the perpetually freaked-out Yukie to face down an endless series of weirdly warped elderly bodies. The balancing act between scary and silly, with the artist playing endless gonzo variations on a narrow horror theme, is reminiscent of Junji Ito manga like Uzumaki and Gyo, and fans of Ito are likely to enjoy Dementia 21. But so is anyone else with a taste for horror, twisted humor, and weird tales. Recommended.