Grab the hot dogs, fire up the grill and prepare the fireworks: D. Gray-man Hallow is headed your way July 4.

That’s the official premiere date of the upcoming D. Gray-man, according to a new visual promoting the summer series.

As previously reported, D. Gray-man Hallow will feature a different cast and crew than the 2006-2008 series. Main character Allen Walker will be played by Ayumu Murase (Haikyuu!!‘s Shoyo Hinata) and Howard Link will be played by Shinnosuke Tachibana (Kamisama Kiss‘s Tomoe).

The series will be directed by Yoshiharu Ashino (First Squad, Cross Ange).

Make sure to hallow out some free time this Independence Day for some D. Gray-man action. 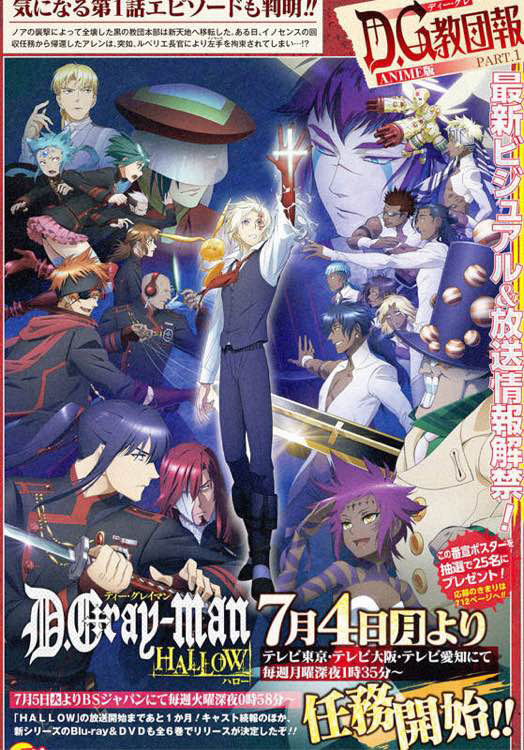