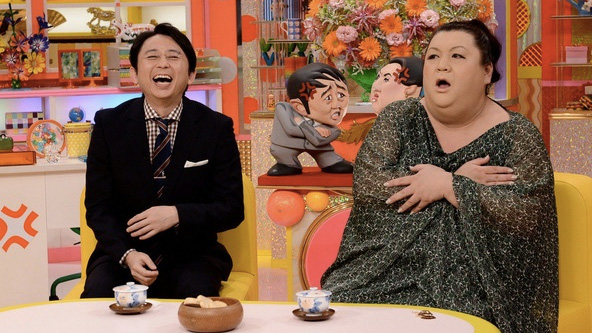 You may have heard tales of Japan as a country where adults and children alike openly read manga without fear of criticism, and while adult comic readership is certainly higher than that in the west, grownups do sometimes get chided for sticking with their childhood hobby.

Comedian Hiroiki Ariyoshi, though, is having none of it.

The 43-year-old comedian co-hosts the talk show Matsuko & Ariyoshi Karisome Tengoku, where the conversation turned this week to adults who read manga. Ariyoshi said that he himself still reads manga, and often hears from others in derisive tones, “what, you still read that stuff?”

Ariyoshi responded that the same people who criticize him for reading manga cry their eyes out watching TV shows and movies that are based on manga.

Co-host Matsuko Deluxe agreed, commenting that manga, and otaku culture in general, has become the mainstream in Japan.

After the episode aired, many took to social media with comments like:

“Exactly. There are tons of amazing stories told through manga.”

“I don’t personally read manga, but there’s no reason to criticize people who do.”

Have you ever been criticized for your manga and anime habits, and how have you responded?