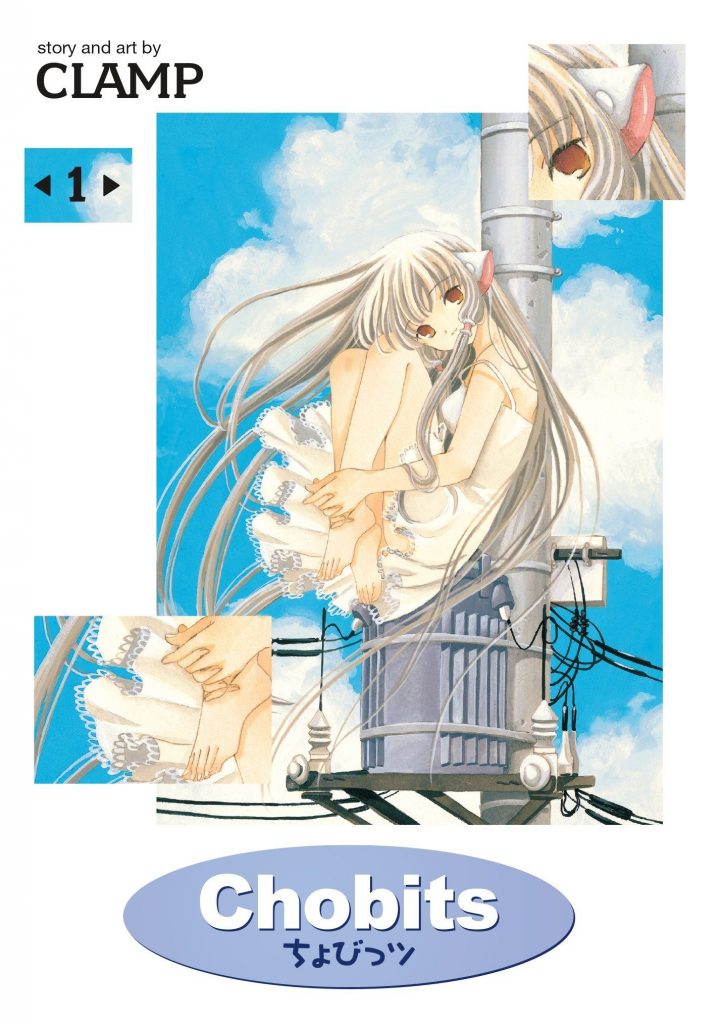 It’s been 20 years since CLAMP’s successful manga Chobits was first published. Previously the series was published in America by TOKYOPOP and Dark Horse, and now Kodansha USA is re-releasing the series in omnibus 20th Anniversary Editions.

19-year-old Hideki would love to get a robot called a persocom, but he just can’t afford them. But one day he’s in luck: he finds a persocom left in the trash. It’s shaped like a young woman with long hair. He gets the robot working again, though at first all she can say is “Chi.” So he calls her that. Eventually he teaches her how to speak and her vocabulary grows. He can’t figure out where she came from, and she doesn’t remember. But word is there are special persocoms called Chobits that have artificial intelligence. Is Chi one of those? He thinks she might be.

Hideki finds her attractive, but he is warned not to fall in love with her, because it will “only make him cry.” He doesn’t do anything with her, but then it seems Chi starts developing feelings for him. In a common form of manga storytelling aimed for male readers, there are several other attractive women involved in Hideki’s life as well.

Chobits gets into some science fiction questions on artificial intelligence and other cloudy areas, but mostly it’s a comedic manga not meant to be taken literally or too seriously. CLAMP has a good flow for the storytelling and great skill at drawing the over-the-top expressions on Hideki’s face when something ridiculous happens. The humor is the best part so far, and this first volume contains the first two books in the series, totaling 352 pages. The digital edition is available now, and the print edition will come out on August 11.