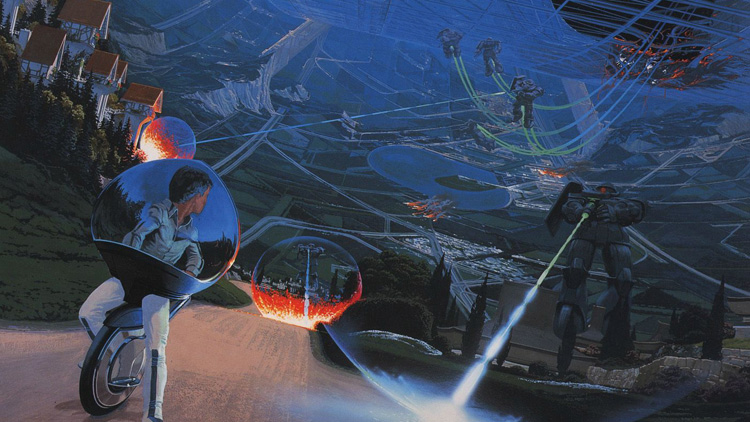 Concept art for the film by Syd Mead.

Did you know: Hollywood planned to make a live-action Gundam film as early as 1983, long before the anime was released in any form in America?

Vague rumors about the project have been circulating for years, but now we’ve got the whole story, including an extensive plot summary, script excerpts and interviews with people involved, including the writer of the film.

Juicy tidbits from the article, which is worth a read in its entirety, include the fact that designer and futurist Syd Mead was involved in the project (over a decade before his turn on Turn A Gundam), that the film’s effects were envisioned as entirely CG, an extremely ambitious idea back in ’83, and that it was to feature a tobacco-swallowing space baseball player described in the script as “a tall wacko.”

Ultimately, the project was canceled when it turned out not all the rights had been properly cleared (a fate that’s befallen many anime projects over the years). Eventually, the world got a very different live-action take on the Gundam universe via the Canadian G-Saviour, but it’s fun to imagine just what this film would’ve been like.

Nice detective work by Tom Winnicki and the folks at Zimmerit.