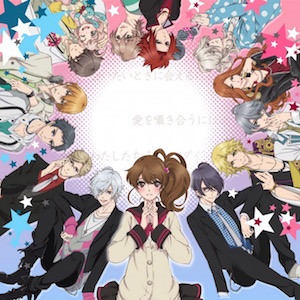 Funimation is preparing for the upcoming home video release of the Brothers Conflict anime, with pre-orders now live for the March 8 release. A recent post on the company’s blog highlighted the English dub’s full cast, so see who’s lined up to play who below.

Ema Hinata is lonely. As an only child and the daughter of a famous explorer, for most of her life her closest companion has been Juli, her talking pet squirrel. But her father is getting remarried, and her new family is…a little unorthodox. Now, she’s got 13 gorgeous guys as her stepbrothers, and they’re all after her heart! But is romance what she wants, or is it family?