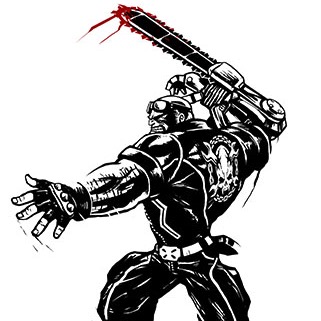 Ken Pontac is a man who’s worn many career hats in his life (art director on Gumby, creator of Bump in the Night, writer for cartoons), but his work in Japanese video games would probably be in the area of most interest for Otaku USA readers. For instance, have you heard of his titles Sonic and MadWorld? Pontac spoke to Otaku USA about how he got into writing Japanese video games, how the process works, and his advice for anyone else seeking similar employment.

“My work in Japanese video games started when I worked on MadWorld some years ago,” he explained. “I had already worked with Sega on the Happy Tree Friends game and they were aware of me. One of the producers on Happy Tree Friends suggested this irreverent dialogue that had to be done [for MadWorld] could be done by me. And it was, and it was a great job.”

Pontac is known for his quirky sense of humor, and that came into play here. “I spent as much of the time working on it as intoxicated as possible and wrote it from the comfort of my chair. We asked the Japanese clients where the line was [drawn], because we wanted to be really adult. The announcers [I was writing the dialogue for] were supposed to be nutcases saying these crazy things. The Japanese clients said there was no line. At that point I had gotten my writing partner from Happy Tree Friends, Warren Graff, in on this project as well. Warren and I just looked at each other and smiled, because there’s always a line.” 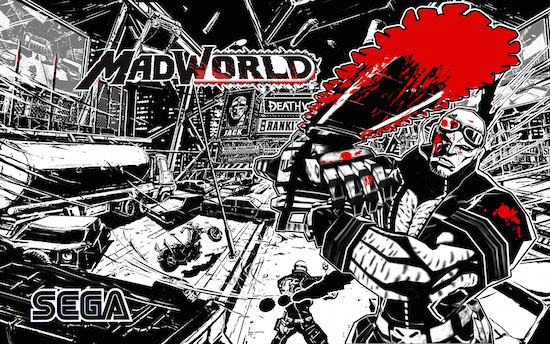 And he was right. “After we did some sample lines, we figured out where the line was. The Japanese hold their mothers and grandmothers in very high regard, so when you’re writing lines about the pizza boy doing a three-way with them, that’s off the table. But we found out the simple change of making it the ex-wife saved all the lines. So apparently ex-wives aren’t held in such high regard.”

He has a special fondness for those foul-mouthed announcers. “The guy who does Whose Line Is It Anyway? [Greg Proops] and the guy who does Bender on Futurama [John DiMaggio] played the announcers. They were absolutely great and I advise anybody who wants to hear the lines to go on YouTube and look it up.”

Asked about working on video games from different countries, he said, “I’ve worked on both Japanese and American video games. In this case, when you’re writing quips, they’re just basic responses the A.I. plugs into certain criteria. It’s all on a spreadsheet. You get these massive spreadsheets that say something like, ‘When Jack impales enemy with stop sign,’ then you get the announcer giving five different jokes about a guy being impaled with a stop sign. We always gave more than five because we knew they were going to cut some. So we’d send that stuff off, and we’d get notes back.”

As is the case when languages get translated back and forth, sometimes there would be a misunderstanding. “We had one translation where Jack throws enemies into a ‘dust shoot.’ We didn’t know what a dust shoot was. Because this game had all these environmental hazards, we thought a dust shoot was a hose that shot dust to blind them. So we did all these jokes based on that. It wasn’t until way later we realized it was a ‘garbage chute.’ So we had to rewrite all these lines.”

When anime and manga are brought to America, there is often a rough translation and then an adaptor comes in and rewrites it into colloquial American English. It can be a little different with Japanese video games. “If it’s something like a game like Sonic, we’re writing cut scenes as well as maybe some dialogue,” Pontac said. “Then we’re given the situation and then we’d write a scene based on that. We might be working off a story that was created in Japan, but then we flesh it out ourselves.”

Still, the Japanese directors and clients are looking over the game and making sure the writing is what they want. “I have found working with Japanese directors, they often have a pretty specific vision they want you to stick with,” he said. “Working with American games—and this is just my own experience and it could be totally different for someone else—there is more leeway.”

Many people express an interest in writing for video games, Japanese or otherwise. “Have some really good samples ready and just keep knocking on doors,” Pontac advised. “Get in touch with everyone you can whose work you admire who do that thing. Try to strike up a conversation. That’s how I got my career started.” And always be professional. “There’s a difference between contacting somebody and stalking them.” 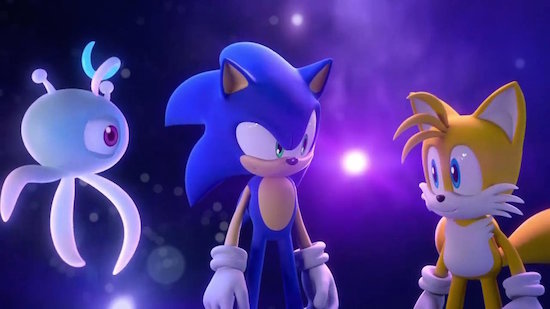 So what about Sonic, everyone’s favorite blue hedgehog? Pontac has worked on Sonic Colors, Sonic Generations, Sonic Lost World, Sonic Boom: Shattered Crystal and the upcoming Sonic Boom: Fire & Ice. Unfortunately, as Sonic Boom: Fire & Ice isn’t out yet, he’s really not allowed to say much, though he’s eager to. He did express his enjoyment and appreciation of the Sonic universe and talked about how fun he thinks the cartoon Sonic Boom is.

And he’s keeping busy with his various projects. “I just finished working on a series that’s based on this probably billion dollar franchise I can’t talk about, and I’m working on a feature for another toy-based property that I can’t talk about,” he said. “There’s a show that’s coming out soon called Kong: King of the Apes that’s pretty cool. It’s King Kong in the near future and he’s based in the Bay Area and fights robot dinosaurs. I might be working on a comic book series based on popular series from the 70s and I can’t wait to be able to talk about that. There’s a company called Mill Creek that’s putting together a definitive compilation of a series I created back in the 80s called Bump in the Night.”

He definitely works on a scope of different genres, and you might be surprised where you see his byline. “I’m also working on two different preschool properties,” he said. “They’re adorable pro-social message-oriented fantasies that will help defray the karmic burden I bear for Happy Tree Friends and MadWorld.”

For Minecraft fans, the young-at-heart and people who know young Minecraft fans, Danica Davidson’s middle grade Minecraft novel Escape from the Overworld is now available and its sequel, Attack on the Overworld, is released October 6. You can also listen to the audio book, which is narrated by anime voice actor Dan Woren of Robotech and Bleach.