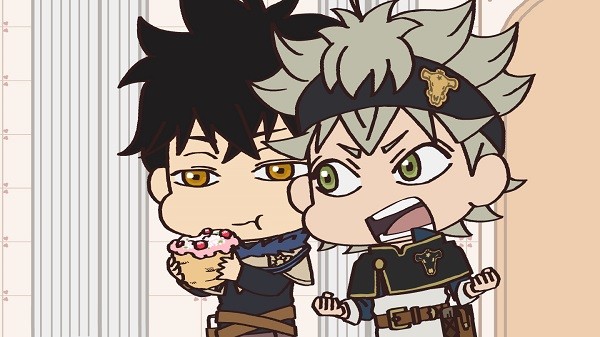 Are you enjoying the currently-airing Black Clover? Have you ever thought to yourself, “yeah, this is good, but how about a short gag anime with the main characters in super-deformed form?”

Well, someone did, apparently, because that’s just what fans are getting. Starting today, July 1, Mugyutto! Black Clover is hitting Japan’s dTV.

The opening theme song, “POSSIBLE,” is performed by Gakuto Kajiwara (Asta) and Nobunaga Shimazaki (Yuno) as a duo that’s been dubbed Clover×Clover.

Unlike the main series, Mugyutto! Black Clover is a comedy produced by DLE (Eagle Talon).

In other news, the main series is getting new opening and ending themes performed by GIRLFRIEND and m-flo, respectively.

Listen to Kajiwara and Shimazaki performing “POSSIBLE” below. 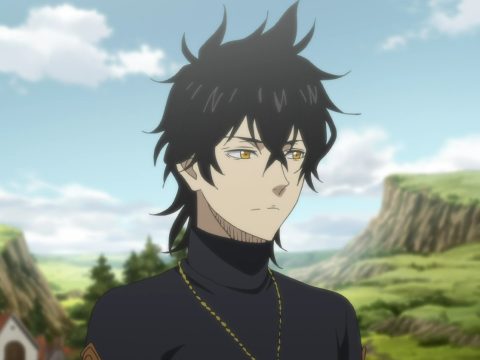