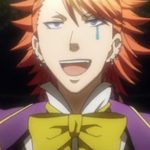 Yana Toboso’s Black Butler is returning to anime on July 10 with the premiere of the new TV adaptation Black Butler: Book of Circus. Directed by Noriyuki Abe, Book of Circus covers the “Noah’s Ark Circus” storyline, and will run on the Animeism block in Japan.

The new opening theme is by Sid, with AKIRA providing the ending theme. Voice cast includes Mamoru Miyano as Joker, Takuma Terashima as Snake, Nobuhiko Okamoto as Dagger, and Ayahi Takagaki as Doll. Here’s a two-minute preview to tide you over.