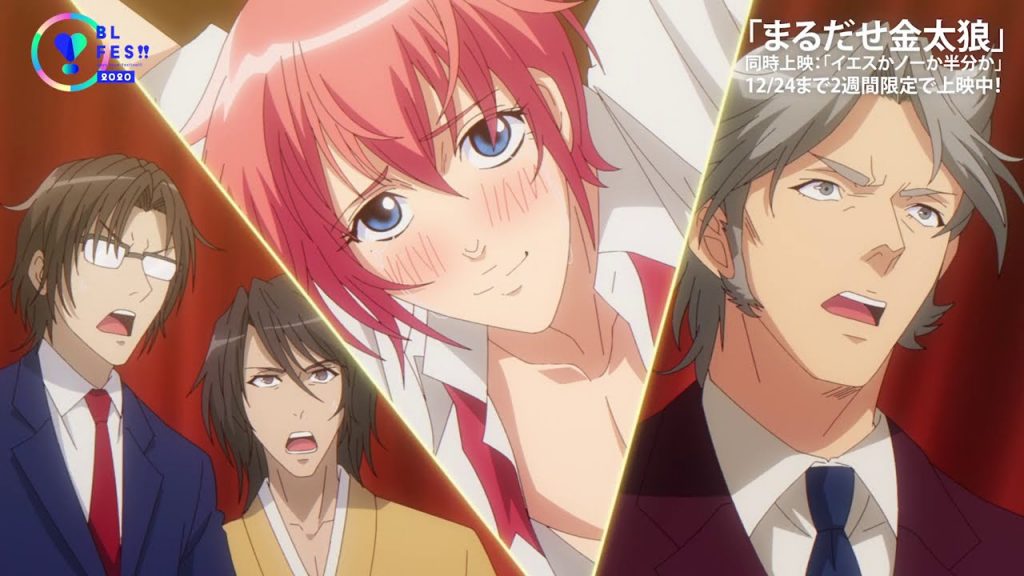 The BL FES!!-Boys Love Festival!!- (yes, that many exclamation points are necessary) has released videos giving fans a peek at the Marudase Kintarō and Yes, No, or Maybe? anime.

First up is the opening of Marudase Kintarō, which has the skill of showing so much without actually really showing anything, if you catch my drift.

The ending song, which uses a single image and the cover shot, was also released:

The first whole six and a half minutes of Yes, No, or Maybe? was revealed:

And here is the ending song.

Marudase Kintarō is a sequel to The Incredible Kintaro manga, which is published by Digital Manga Publishing. The Yes, No or Maybe? light novel series is published by Seven Seas. Both anime adaptations have recently made their debut in Japan, but so far have not been licensed for North American viewing.

Kodocha Is Coming Back Right When We Need It Most
Let the Otaku USA Holiday Gift Guide Fill Your Last Minute Needs!