Bestia is a Humorous Fantasy Manga About Dogs and Fears 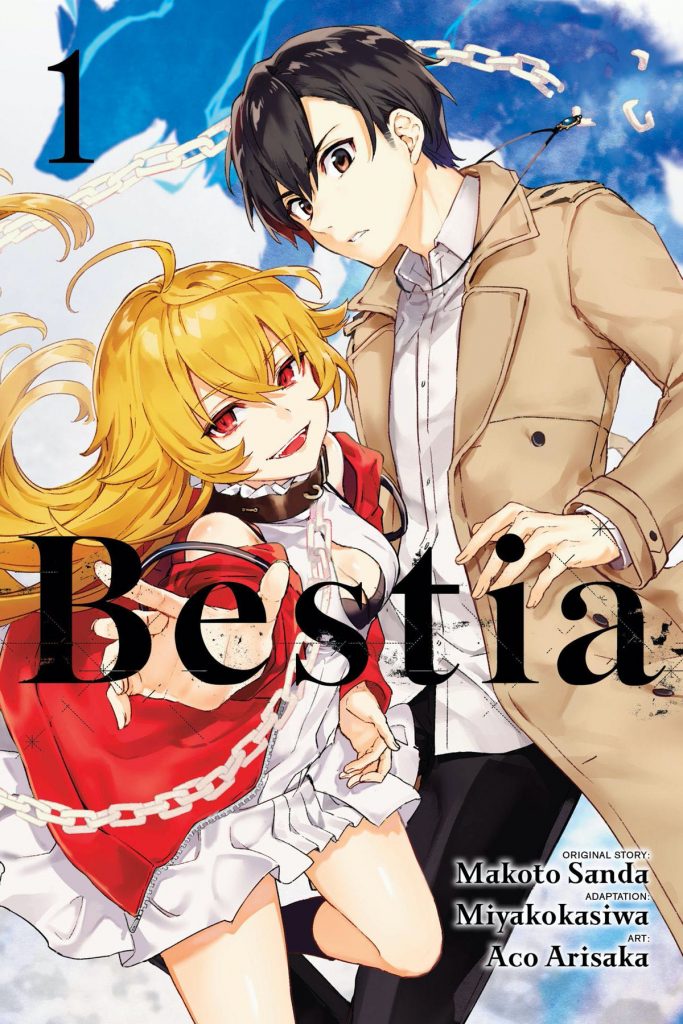 Asuka Tsukasa is scared of animals, particularly dogs. He’s even scared of the little cute breeds that couldn’t hurt him if they tried. Boy, is his life about to take a messy turn in the first volume of Bestia.

Asuka is 1/8 British, and he’s moved from Japan to England, where his mother disappeared years ago. All she left him with are a pendant, a wristband, and some memories of a garden and a young girl. But he’s not even sure if those are real memories, or just a dream.

When Asuka ventures through an old villa that belongs to the family, he falls through the floorboards and into a garden. Here he’s attacked first by flying fish with teeth, then by a giant, talking black dog. His worst fears! The dog’s going to tear him to shreds, but he stops her by turning his wristband into a collar. Once the collar is around the dog’s neck, she shrinks . . . and turns into a human woman. It’s the girl from his memories, but she’s all grown-up now!

And she still wants to kill him. But the collar is preventing her. For now. Will it last?

After this Asuka starts learning all sorts of contradictory and irrational things about his mother, and how she’s tied to mystical creatures like the one he just collared. In her human form the dog (whose real name is “Edgar”) is that manga archetype we all know from shonen manga: the sexy but incredibly dangerous woman who winds up with a docile and easily frightened man. And while there are definitely some familiar manga tropes here, the book is still engaging and humorous. As it goes on, it gets more into fighting and less into the jokes. Asuka and Edgar are interesting characters who could really develop into something. Plus the whole thing of a man who’s afraid of dogs being linked to a woman who can turn into a giant hound . . . well, there’s a lot to play around with.