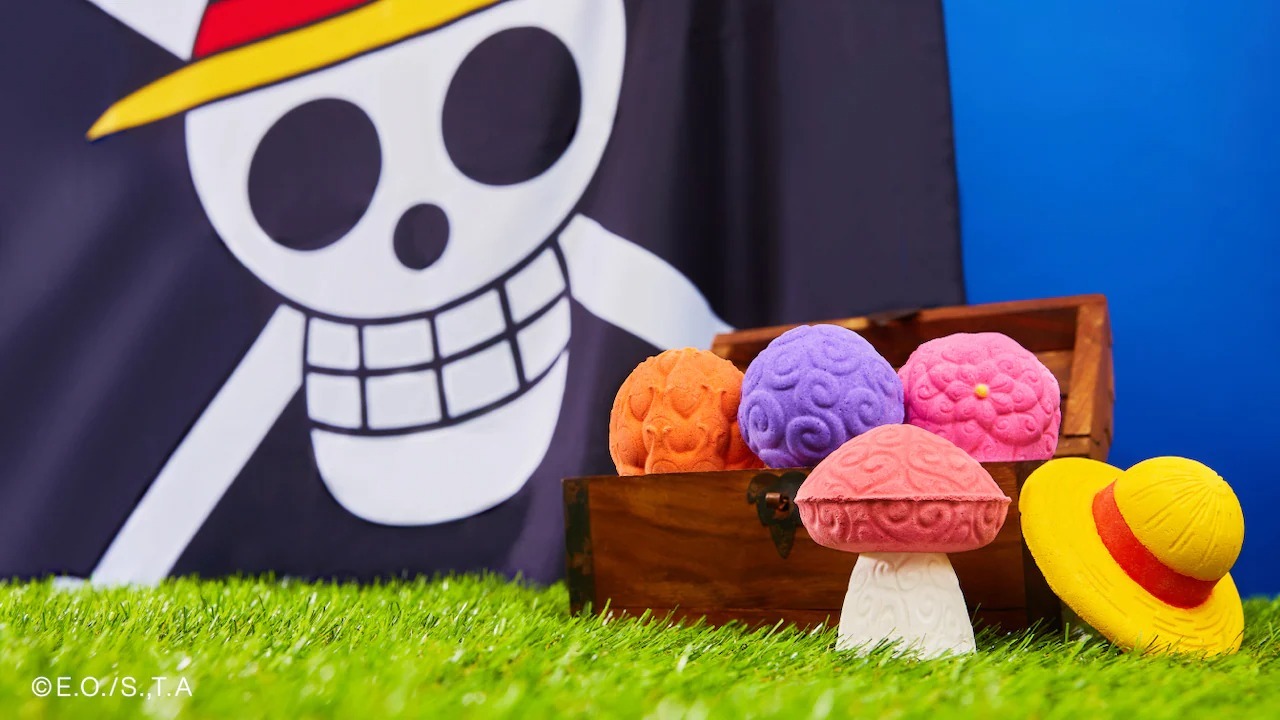 There’s a lot of One Piece merchandise out there (including the recently unveiled 21,450 page book of all the manga volumes released so far), and Lush is offering something unique.

First up is the Straw Hat Bubble Bath Bar. It is literally shaped like a straw hat, and has cedarwood and mandarin orange peel oils and benzoin to give it a sweet aroma.

Then there are several bath bombs, each themed after a different form of Devil Fruit. Of course they have a bath bomb themed after the Gum-Gum Fruit, which Luffy eats in the beginning of the series. But you don’t want to eat this Gum-Gum Fruit, because not only will it not give you special powers, the black currant extract and sweet orange and davana oils in it aren’t meant for eating. But, like the Straw Hat Bubble Bath Bar, it should smell really good!

In this video, you can see how the different bath bombs turn your tub water all sorts of vibrant colors.

These items will become available for purchase in Japan, the United Kingdom and Ireland, starting on September 19.

VIZ Media publishes the One Piece manga in English, and gave this description for the first volume:

Tanjiro Takes to the Skies Again with New Demon Slayer Planes
Goodbye, Don Glees! Has an Emotional Pull on the Heartstrings