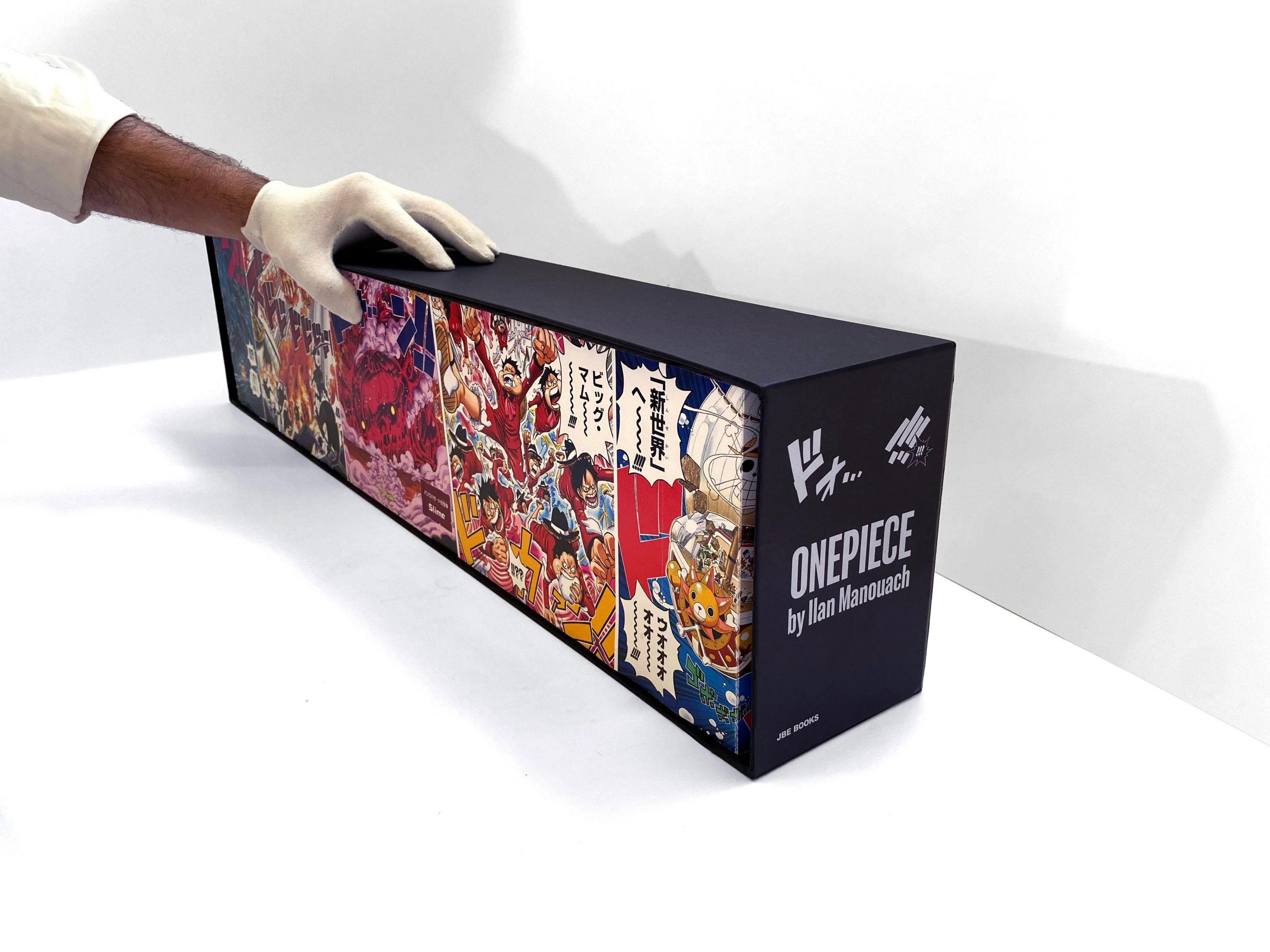 The One Piece manga is the most popular manga in the world, and it’s also one of the longest. While there is still some story to go, JBE, a Paris-based publisher, has come out with a book that contains all of the published volumes of One Piece. It runs at 21,450 pages, and is described as the largest book in the world.

Only fifty of these books are being made, and they’re seen as collector editions. It comes with a pretty price tag, too: 1900€ (about $1,921.28) plus shipping, but it does ship anywhere in the world.

JBE gave this description for the book:

“With a spine width of more than 80cm (31.5 inches), this sculptural object cannot be read or displayed in bookstores. It is literally the largest book in the world by far and can be admired as the materialization of an ecosystem saturated by media. ONEPIECE exists as an object of pure speculation.”

Putting all this together into one book is the work of Ilan Manouach, who is described as “a researcher, a musician and a multidisciplinary artist with a specific interest in conceptual and post-digital comics.”

Each book is described as being signed by the artist, but it doesn’t specify if this means One Piece creator Eiichiro Oda or Manouach.

VIZ Media publishes One Piece in English, and gave this description of the first manga volume: