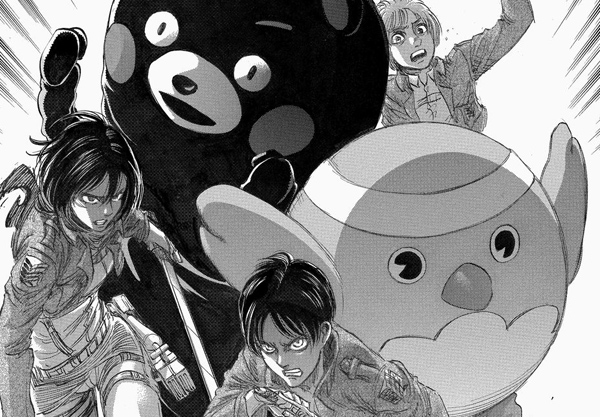 A series of earthquakes hit the southern Japanese city of Kumamoto last week, leaving at least 44 dead and thousands injured, without electricity and running water and evacuated from their homes.

In support, Attack on Titan creator Hajime Isayama has uploaded a new illustration to his blog which pairs his Titan protagonists with Kumamoto’s mascot Kumamon and Oita’s Mejiron.

Isayama, who hails from Oita, a city near Kumamoto which also suffered severe damage, wrote that he’s cheering for the people of both cities to overcome their difficult circumstances like the characters in Titan.

For more information on the earthquakes, including ways to donate, click here. 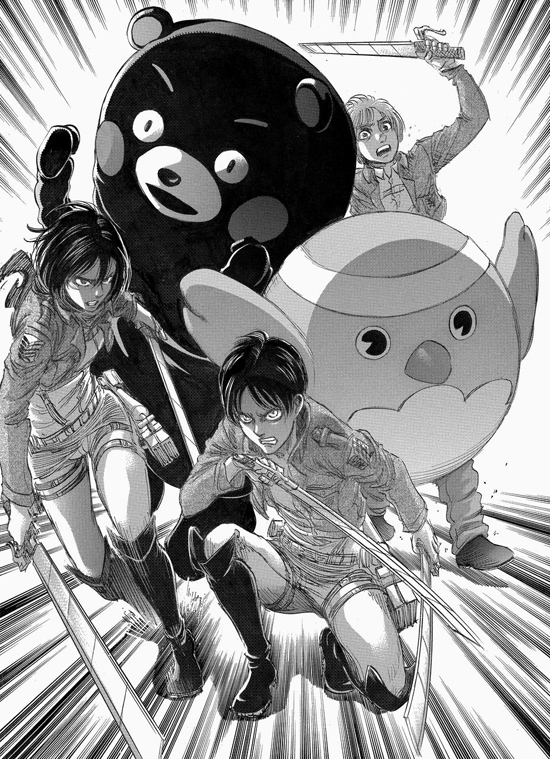