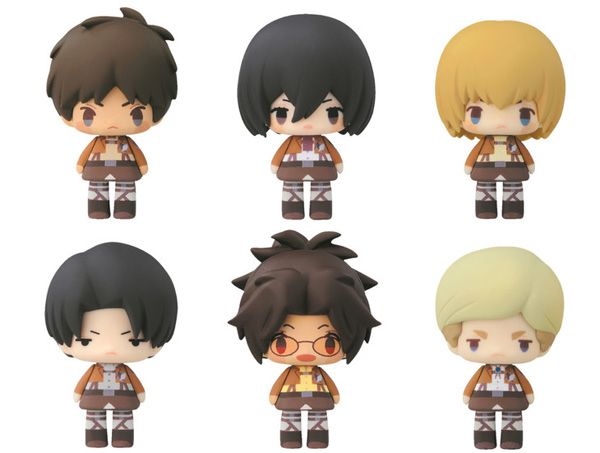 I mean, just look at these Attack on Titan figures, due out this October from toy maker Takara Tomy. Just look at ‘em!

The figures, which run for ¥734 (about $6.50) each, depict, from top left to bottom right, Eren, Mikasa, Armin, Levi, Hange and Erwin, all looking adorable.

The figures are part of Takara Tomy’s lineup of toys called Koedarize, which has also cuteified characters from Madoka Magica, Haikyu!, Mr. Osomatsu and more. 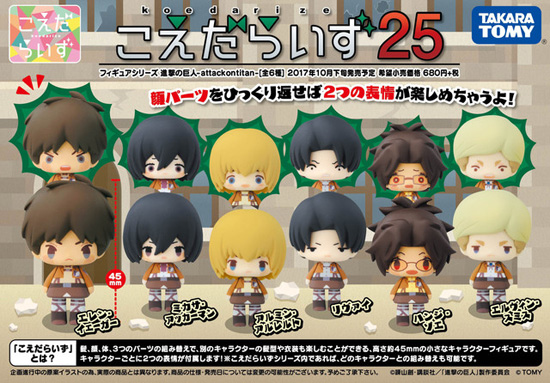