Attack on Titan Ties Up With… Water Coolers? 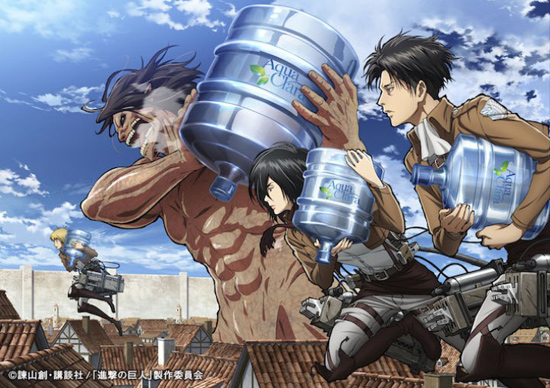 Oh Attack on Titan, what a range of wares has your visage been slapped onto. Convenience stores, Be@rbricks, giant vanilla wafers…

At least in terms of irrelevance to the actual story, though, this one might take the cake.

Aqua Clara purified water coolers, to be precise, like the ones you stand around in the office, talking about the weekend, the latest episode of Better Call Saul, or in the case of whatever office actually ends up using this one, how much of a nerd your boss is.

But that boss has incentive to risk embarrassment and go with the Attack on Titan water cooler anyway, because two lucky buyers who call in the Hydration Corps will receive no less than 1:1 scale maneuver gear.

Other prizes include a figurine of Levi sitting around with a coffee cup (brewed with Aqua Clara water, no doubt).

Free full-size maneuver gear, huh. Did I say “nerdy”? What I meant was, can we get one of these for the Otaku USA office? Boss? Please? 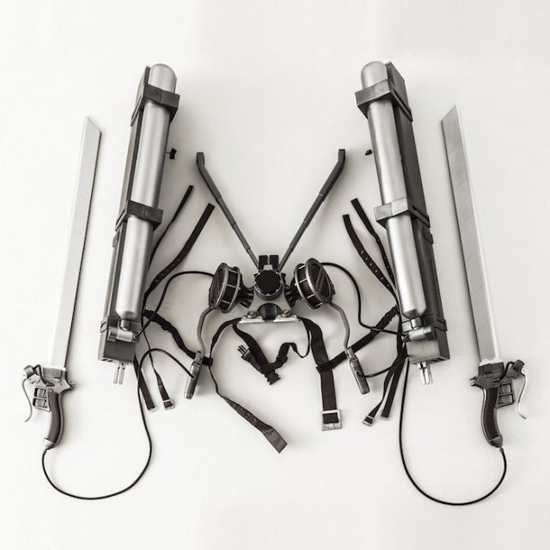 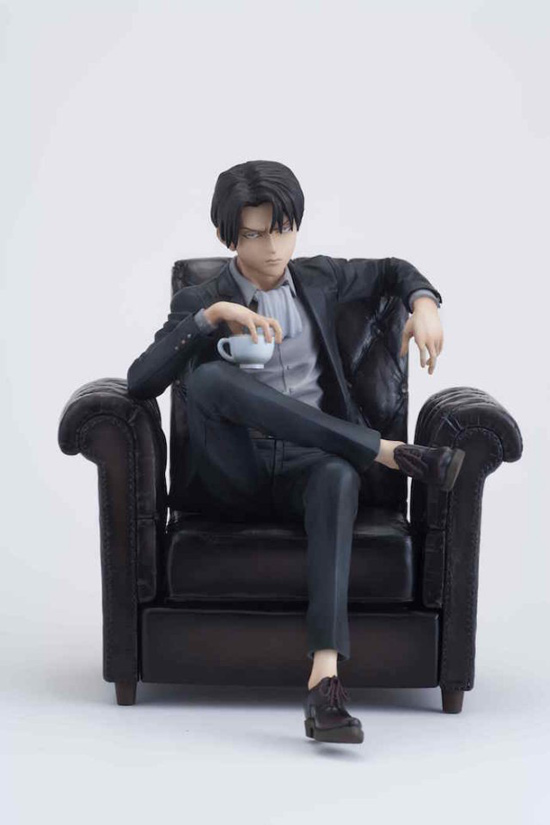