Attack on Titan Teams Up With Yomiuri Giants Baseball Team 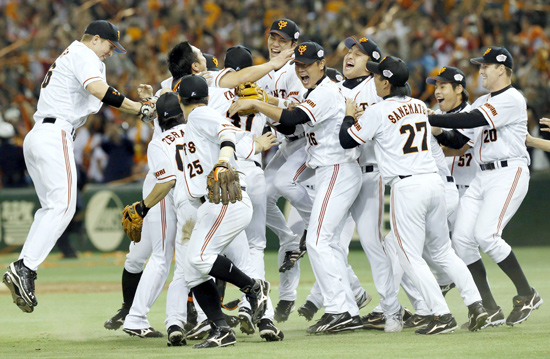 As hardcore Attack on Titan fans are no doubt aware, the Japanese title of the series is Shingeki no Kyojin, literally something like “advance of the giants.” Hence the latest tie-up for the series, this time with the professional baseball team the Yomiuri Giants, who are known in Japanese as – you guessed it – the Kyojin.

During four games in July, visitors will receive a special Attack on Titan x Yomiuri Giants towel colored just like Mikasa’s scarf. Giants fans are known for twirling their towels frantically during rallies or after a run is scored.

The Yomiuri Giants are often cited as the Yankees of Japan for their popularity, frequent pennant wins and cash reserves to scoop up the best players.

A nice tie-up, for sure, but you will not see us in the stands, as we here at Otaku USA are diehard supporters of the Tokyo Yakult Swallows. 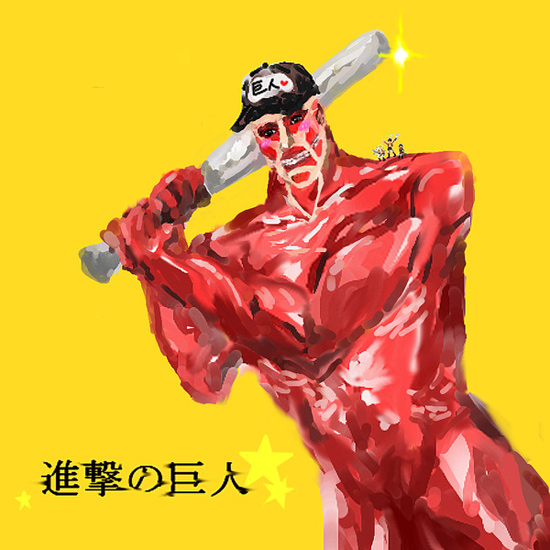 The Titan/Giants connection has been made by quite a few artists, too…

View all posts by Matt Schley
Shirobako Model: “If More Anime Work Were Like Shirobako, I Wouldn’t Have Quit”
Durarara!! Mixes It Up with Games