Attack on Titan Season 2 Lined Up for April Premiere 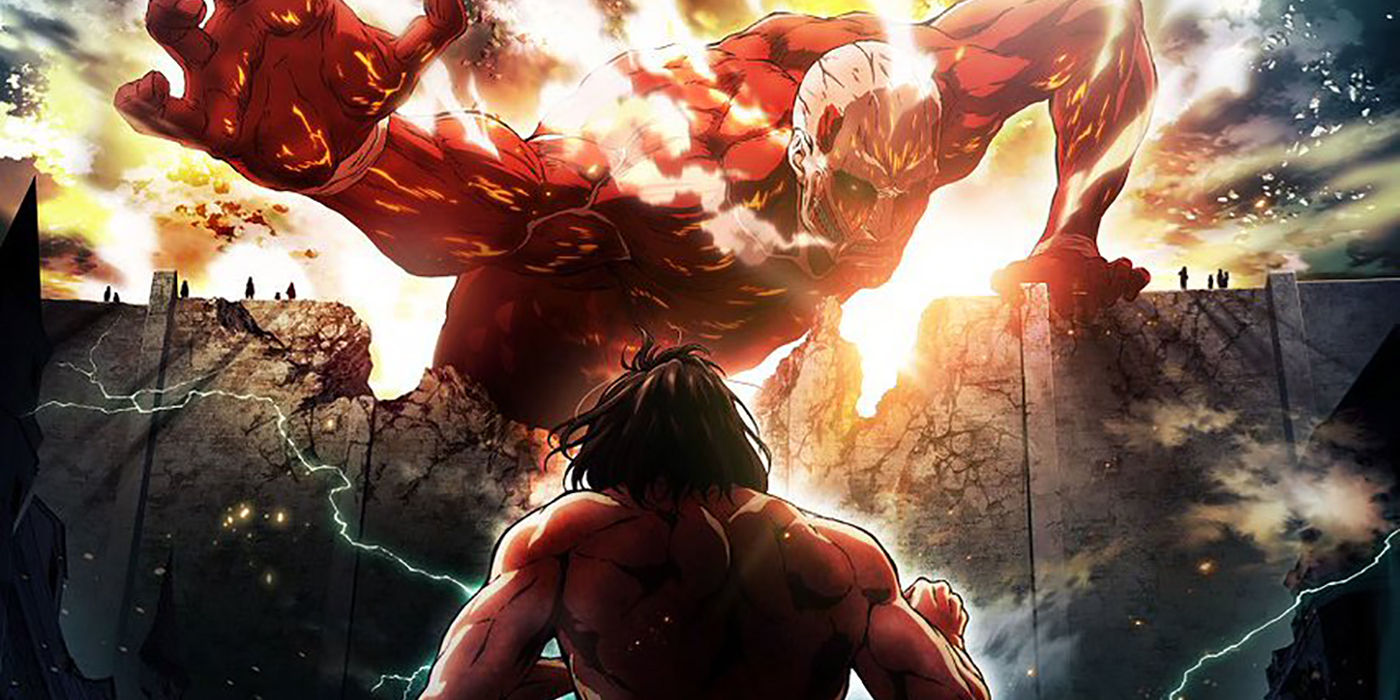 Everyone’s understandably amped for the spring 2017 return of the Attack on Titan anime, and the latest volume of Hajime Isayama’s manga has some more details. According to the wraparound jacket band on volume 21, the second season is set for an April premiere.

It’s been over three years since the first season concluded, and season 2 was first announced for a debut sometime in 2016 before being moved to next year. Isayama’s manga has been running in Bessatsu Shonen Magazine since 2009, and it’s gradually approaching its climax. 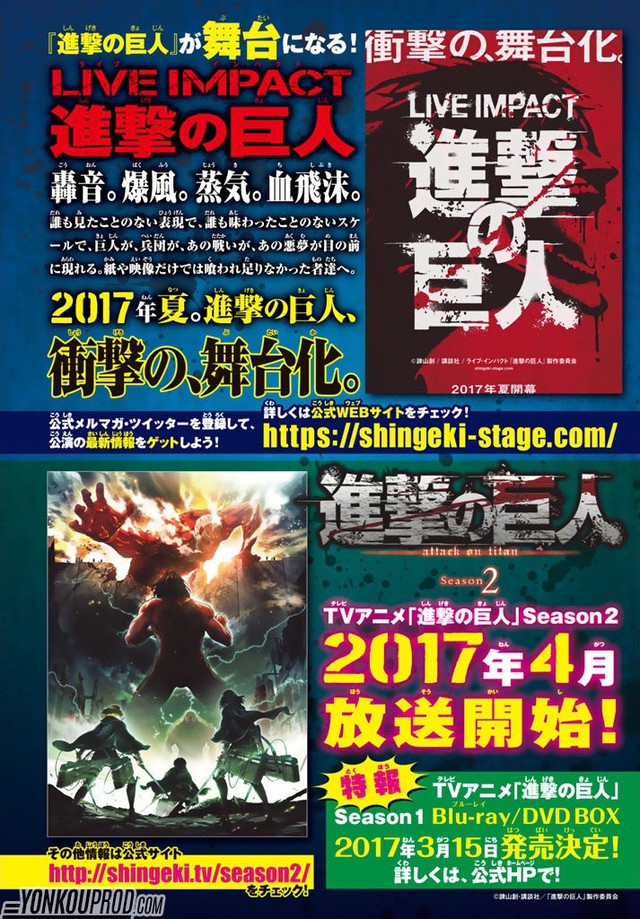