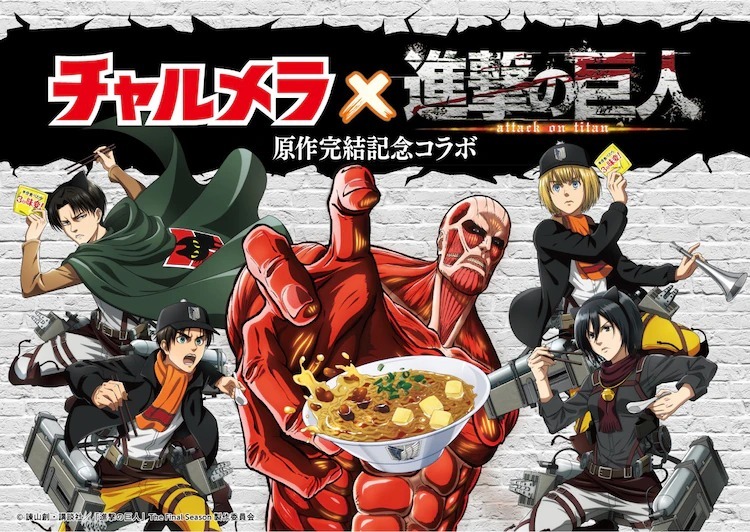 The recent ending of Hajime Isayama’s Attack on Titan manga has made a big splash, so what better way to commemorate the occasion than with a ramen collaboration? The series has teamed up with Myojo Food’s Charumera for a limited campaign, complete with a key visual by the staff behind the anime, pictured above.

Purchasing Charumera ramen between May 17 and July 16 will net hungry Attack on Titan fans the chance to win a handful of prizes, with more information on them to come later. This also coincides with the launch of consommé and soy sauce flavored ramen, using Attack on Titan yams as the key ingredient.

The visual above will be featured on packaging for the cup and packaged ramen. 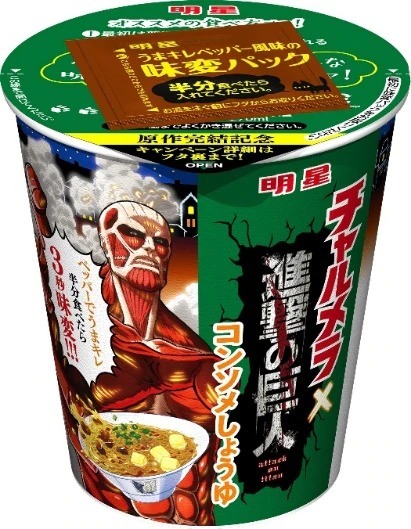 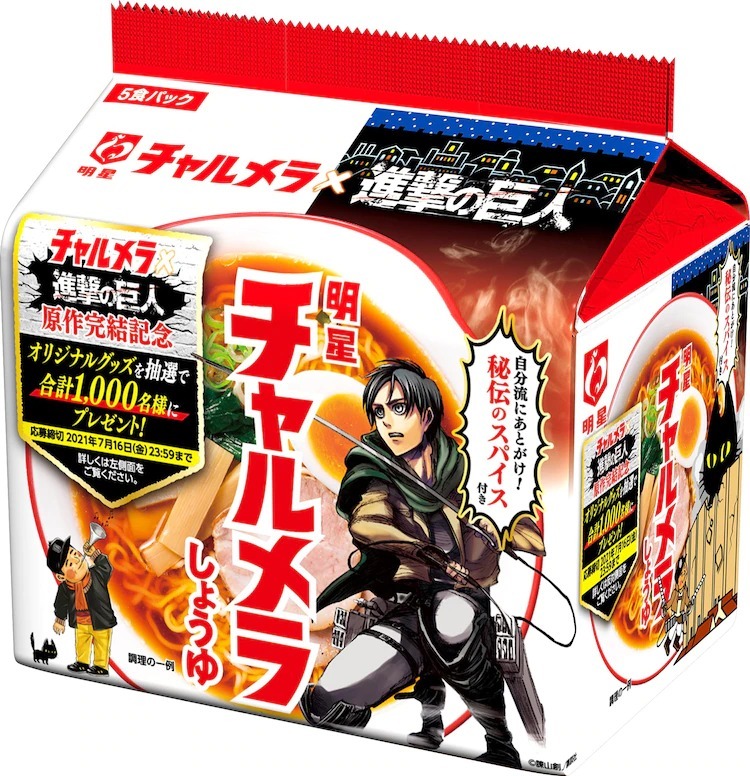