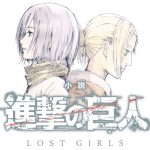 Back in 2013, a visual novel by anime screenwriter Hiroshi Seko called Attack on Titan: Lost Girls tackled the stories of Annie Leonhart and Mikasa Ackerman. Nitroplus’ game went on to be adapted into a novel in 2015, followed by a manga by Ryōsuke Fuji, released in English by Vertical Comics and Kodansha Comics, respectively. Now an anime adaptation is on the way in the form of an OAD, and Bessatsu Shonen Magazine has the official episode release schedule.

The episodes will be included with volumes 24-26 of Hajime Isayama’s Attack on Titan manga starting this December. While the individual release dates themselves were previously announced, they now have more details in the form of corresponding episode titles. 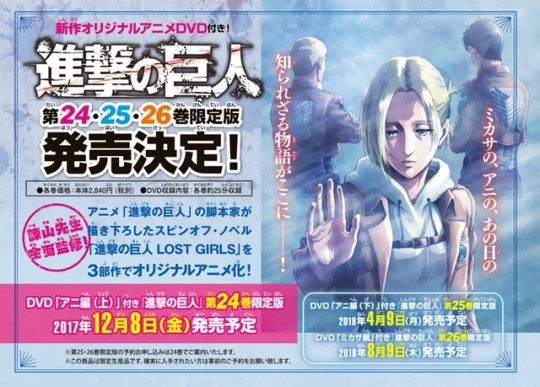