Attack on Titan: End of the World (Live-Action Part 2) Review

When we last left our heroes at the end of the first Attack on Titan live-action film, Eren had discovered his unique transformational ability and was in the midst of a battle a group of bloodthirsty Titans. Meanwhile, tasked with creating their own ending for a popular ongoing manga, director Shinji Higuchi and his team were engaged in a battle of their own: one against titanic expectations.

Rather than kowtow to the original, Higuchi have chosen a bolder but ultimately riskier path: take the bare elements of Attack on Titan and make the kind of film they want.

For viewers of the first Attack on Titan film for whom its deviation from the original comic felt like a slap to the face, Attack on Titan: End of the World will feel like a punch to the gut.

But for fans of Japanese monster movies – the kind of film director Higuchi is best known for – End of the World is a fun, albeit quite strange, ride. 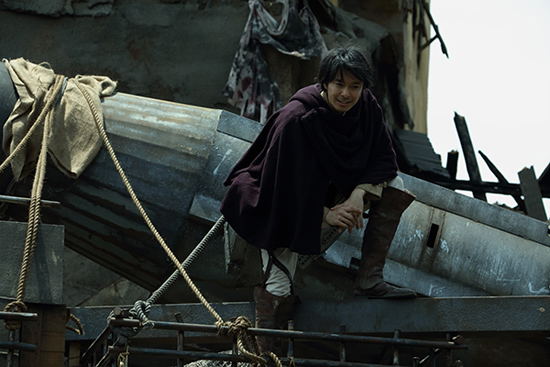 How strange? In one early scene, Eren wakes up in a sterile, white room with a jukebox in the corner playing Skeeter Davis’ 1962 hit country pop hit “The End of the World.”

In that same scene, the hammy live-action-exclusive character Shikishima explains to Eren the origin of the Titans (whether or not this film’s origin story will jibe with with manga author Haijime Iseyama’s remains to be seen) using a remote from an Apple TV.

If this description hasn’t already sent you running, this may be the film for you.

In broad strokes, End of the World covers the Struggle for Trost section of the manga, in which the Survey Corps attempts to seal off the hole in the wall created by the Colossal Titan years earlier. Along the way comes romance, some double- and triple-crossing, and lots of Titan-on-Titan action. 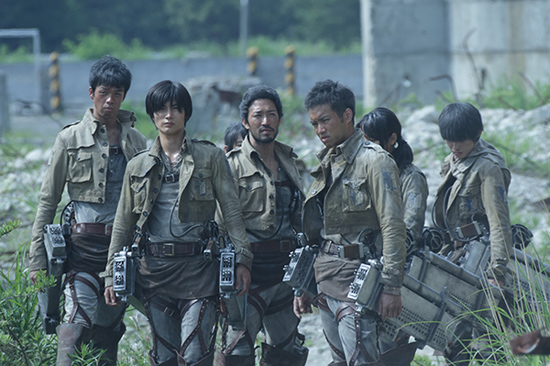 Unlike the first film, which featured plenty of grotesque “regular” Titans, this film’s action scenes are built around the intelligent Titan Shifters, making for lots of fast, martial arts-style fighting. Even more than in the first film, it’s obvious these Titans are brought to life not with CG, but old-school physical effects.

For those used to the Hollywood style of blockbuster moviemaking, these models might look strange – negative reactions to the first film’s effects prompted SFX artist Yoshihiro Nishimura to frustratedly suggest people who didn’t like them “go watch movies that have been hit in the face with stacks of cash.”

Nishimura was right: there’s no way Japanese films can match Hollywood effects on a fraction of the budget. Instead the Titan team does things in its own Japanese way that recalls the glory days of tokusatsu filmmaking – and should reassure Godzilla fans that next year’s film is in good hands. 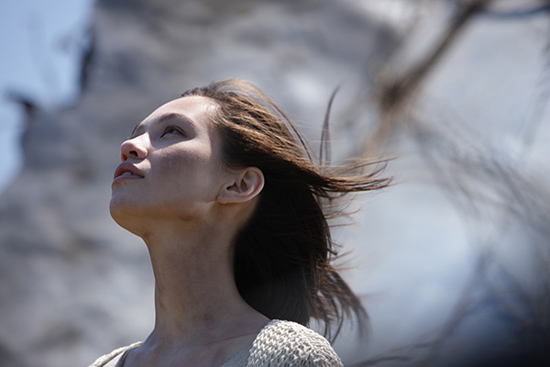 Though these are summer action movies, it’s hard not to consider the Attack on Titan films in Japan’s current political climate, in which the ruling coalition has just passed a series of bills that allows Japan’s military to take stronger actions overseas.

In the live-action Titan films, unlike the manga, the top military leaders whose intent is to push beyond the wall dress in black uniforms with red armbands, the symbolism of which isn’t exactly subtle. Another important distinction: while the manga has level-headed, respectable leaders like Dot Pixis, the old men in charge here are all in it for their own good. In other words: don’t trust anyone over 30. 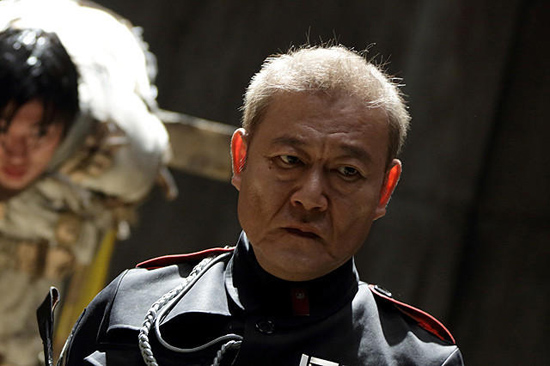 In adapting Attack on Titan to live-action, Higuchi and team have thrown out a lot of what fans love about Attack on Titan. But in doing so, they’ve created a pair of films that are ultimately far more interesting than your average milquetoast live-action anime film.

To paraphrase the line from Attack on Titan itself, to effect change, you have to have the guts to throw something away.