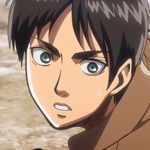 FUNimation spent most of the past week or two building up hype for the Anime Boston premiere of the Attack on Titan anime’s English dub, saving the major announcement for last. Now that it’s come and gone, we finally know the whole cast, which is topped with Bryce Papenbrook in the lead role of Eren Jaeger.

Other recent Papenbrook roles include Rin Okumura in Blue Exorcist and Kirito in Sword Art Online. He joins previously announced cast members like Trina Nishimura as Mikasa, Josh Grelle as Armin, Matthew Mercer as Levi, and more. You can see his introduction in the official trailer below.