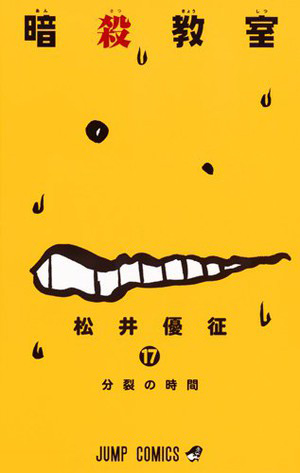 Has Koro-sensei finally taken his last yellow space octopus breath? Or will he emerge unassassinated and destroy the world?

We will know soon, as Assassination Classroom appears to be reaching its end game.

The next chapter of the popular manga, due out February 22, will feature the “final mission climax,” reports ANN, who note that when manga magazines use that particular wording, it usually means the manga in question doesn’t have much time left. To boot, publisher Shueisha is saying the next chapter will include the “conclusion of the fated battle.” Sounds serious.

Assassination Classroom, written by mangaka Yusei Matsui, has been running since 2012, and has been adapted into anime, live-action films, video games and a swath of bright yellow merchandise.